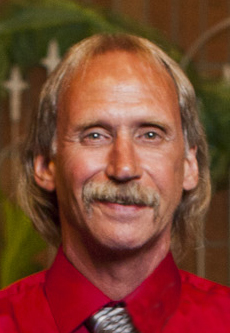 Mark Miller, age 54, of Fargo, ND passed away on April 1, 2015 at Sanford in Fargo, ND. Mark was born to James and Bonnie Miller on June 28, 1960 in Carrington, ND.  Mark attended high school at Bismarck High School in Bismarck, ND.  After graduation Mark went on to further his studies at North Dakota State University.  Mark worked in a variety of fields at various locations throughout the state of North Dakota. In most recent years he worked at the Fargo Forum.  Mark enjoyed walking along the Red River on a daily basis.  He was often seen on one of his many cross town treks enjoying the weather, no matter the season.  He was also an avid hockey fan and rarely missed a televised UND game. Throughout the years he enjoyed live hockey games especially those featuring his son, Derek. Mark is survived by his son, Derek (Krystal) Miller; his granddaughter, Lauren Miller  his parents, James and Bonnie Miller; his brother, Mike Miller; his sister, Kelly (Bryan) Ray; his niece, Abbianne Ray; his step-nephews, Briley and Otto; and step niece, Karista; as well as many cousins, aunts, uncles and  other extended family.  The family requests that all memorials be donated to the New Life Center in Fargo, ND in his honor.