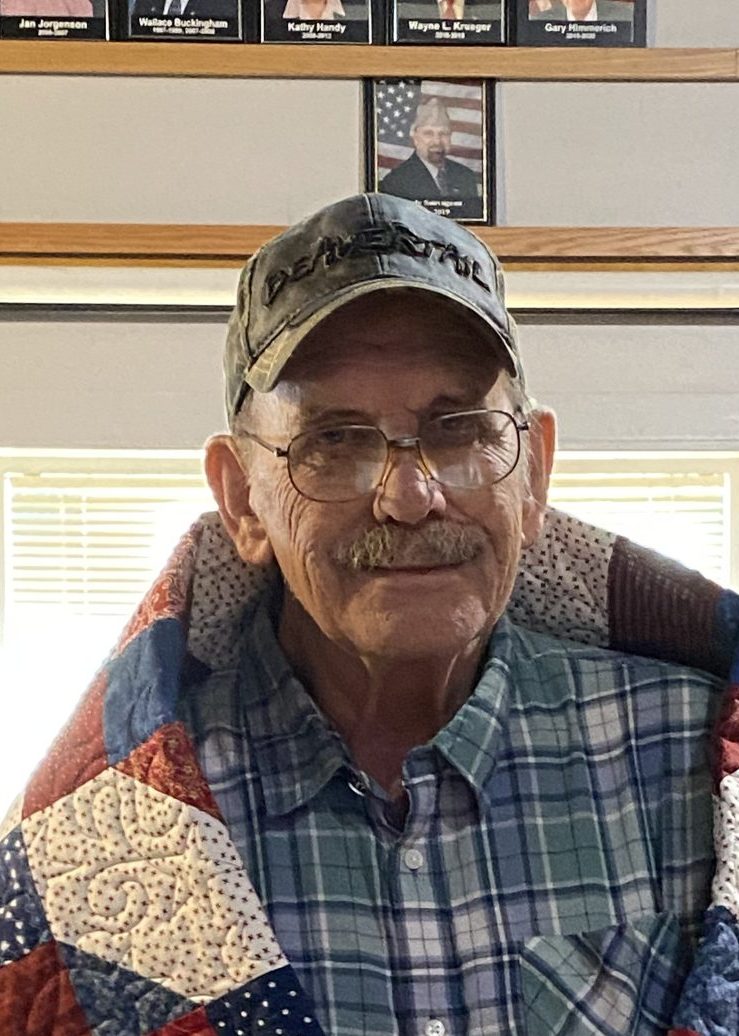 Martin “Marty” Leo Fransen, 75, passed away on November 6, 2021, in Sanford Medical West Campus surrounded by his loving family and friends. Martin Fransen was born on September 24, 1946, to Herbert and Edna (Pederson) Fransen in Webster, SD. He graduated from Peever Highschool before enlisting in the Army on February 28, 1966. He served for three years and in that time his special training was related to Aircraft mechanics and repairs. He served in Vietnam as a Crew Chief Door Gunner. Marty received the medals of Sharpshooter with the Rifle M-14, Vietnam Service Medal, 3 Bronze Service Stars, Vietnam Campaign Medal, 2 Overseas Service Bars, the Air Medal, the Aircraft Crewman Badge, a Good Conduct Medal, and the National Defense Service Medal. After his time in the service, he earned a four-year degree at Northern State University in Aberdeen, SD in 1972. Marty married Kathy Donley in 1972, and together they adopted Allison in 1986. Upon graduation from college, he taught high school math in Madison, SD. He then moved back to Aberdeen, SD and started working in the lumber yard business. He then lived in Napoleon, ND before moving to Fargo in 1984. He worked at United Building Centers (UBC), and then at Jordan Millwork, Georgia Pacific, Crane Johnson, M&H, and US Bank. Marty was a very loyal friend and a loving father to Allison. His daughter was his whole world, as he was hers. Marty’s friendship will be missed by all who knew him. Martin is survived by his daughter Allison Fransen, his granddaughter Nova Fransen, his sister Mary Lee (Calvin) Hills, and many friends. Martin was preceded in death by parents, Herbert and Edna Fransen.