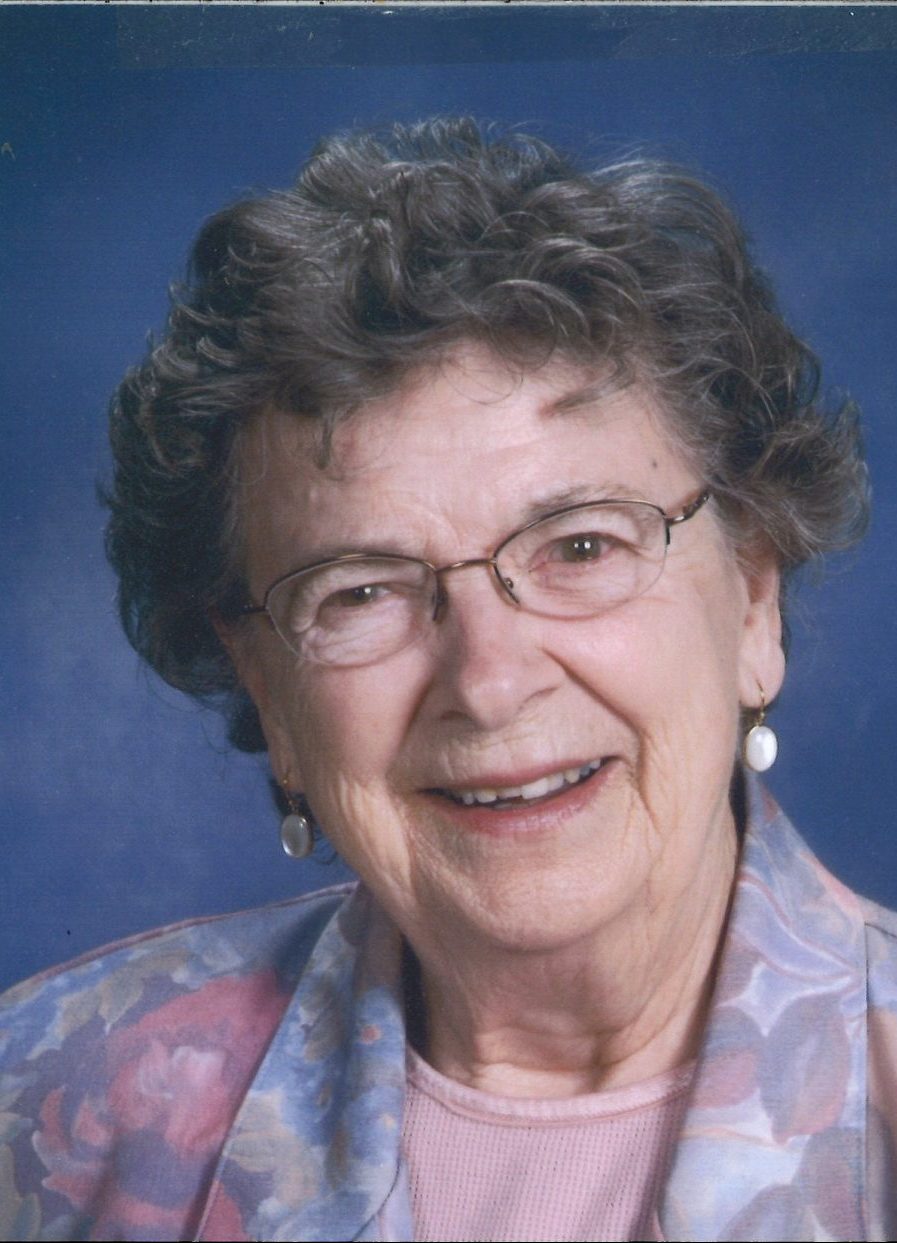 Marvis Orla Weiser departed this physical plane on the night of February 8 in the company of family members at her final residence at Sheyenne Crossing in West Fargo, ND. Marvis was born in Cooperstown ND on March 15, 1926 to her parents C. J. Sutter and Julia (Marberg) Sutter. She graduated from Cooperstown High School and took a position as a dental hygenist through which she met and ultimately married her husband of 55 years Paul Kenneth Weiser. They lived in Steele ND and Center ND before eventually moving to Hazen ND where they remained for nearly 50 years acquiring many friendships and memories. After moving to Fargo ND in 1998, they resided in a new home in north Fargo. Paul (Bud) preceded her in death in 2002. Marvis continued to reside at this home until 2015 when she moved into the Good Samaritan assisted living facility and eventually to Sheyenne Crossing. Marvis led a varied and productive life having strong interests in family, art, music and community service. While excelling at raising a family of four children, she still found time to manage a variety store in Hazen she and Paul purchased, helped found the Hazen Art Association with its annual art show and created many beautiful paintings and crafts in many forms. She sewed beautifully, volunteered time at church, drove bus for the elderly and kindergarteners, acted as an ombudsman for and helped establish and supported a group home in Hazen, and provided assistance for many family members, friends and acquaintances in a wide variety of ways. She was a long-time active member of St. Matthews Lutheran Church while in Hazen, and became a member of Immanuel Lutheran Church after moving to Fargo. Marvis is survived by daughter Paulette (Gaylen Waynar) of Tucson AZ, sons Brent (Nancy) in Fargo, Hal (Deanna) in Jamestown ND, and Chad in Bellevue WA, 10 grandchildren, and 11 great grandchildren. She was preceded in death by her parents, husband, 3 sisters and 3 brothers. Any memorials will be donated to the Alzheimer's Association. The children of Marvis would like to especially thank the staffs at Good Samaritan and Sheyenne Crossing for the wonderful and kind care provided to Marvis over the last number of years.