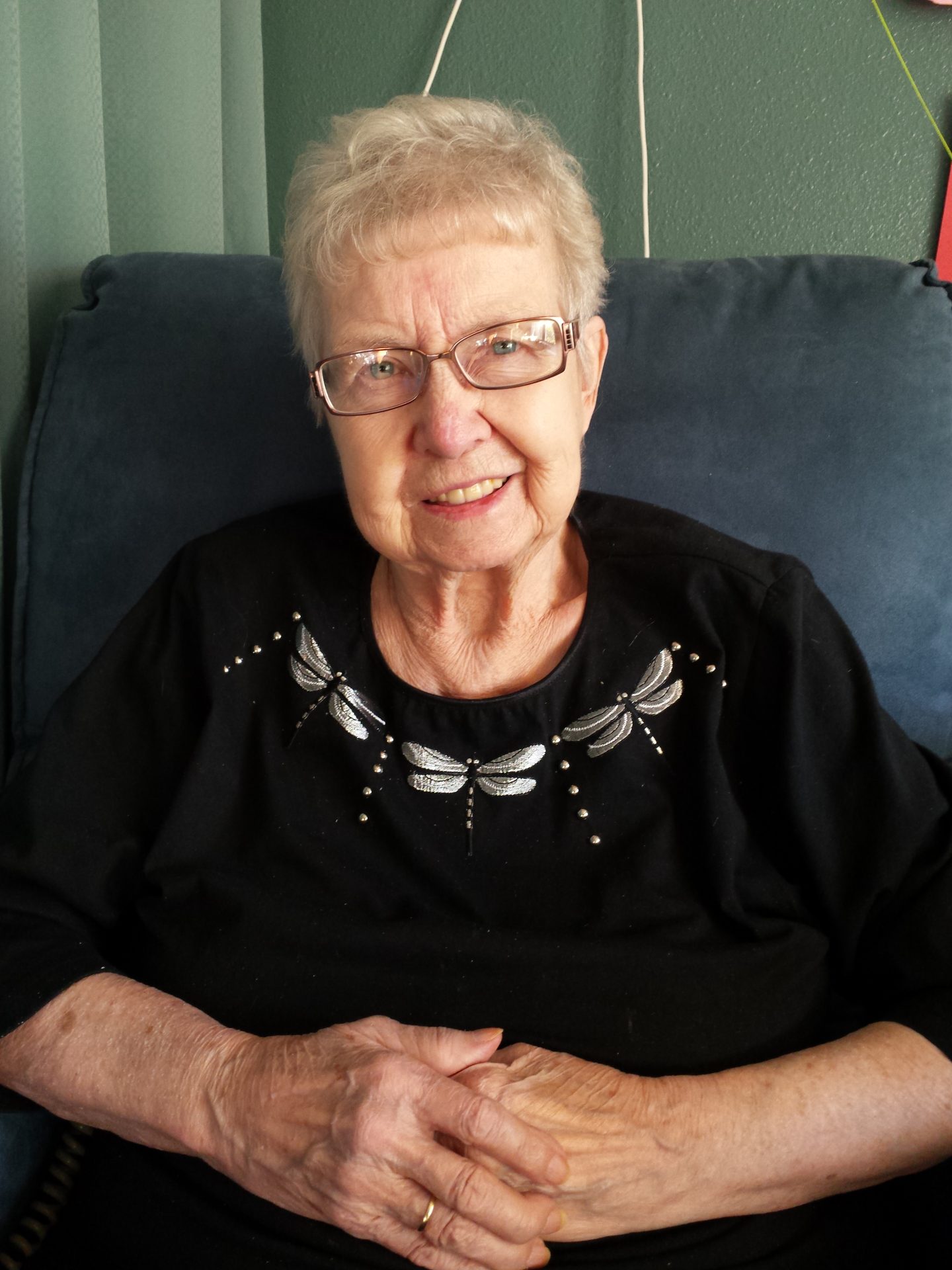 Mercedes M. (Steinbach) Mewszel died peacefully into the arms of Jesus on Jan. 23, 2022 at Elim/Pioneer house. Mercedes (Ceedy) was born on Feb. 28, 1932 in Fergus Falls to Oscar and Amanda (Anderson) Steinbach. She quit school her junior year to get married to Edward (Ed) Mewszel on May 22, 1949. Daughter Pam was born 19 months later and Renee 2 ½ years after that. After 9 years, Ceedy decided to go back to school and finish her junior and senior year. She graduated from Fergus Falls High School on June 1, 1961, graduating with her ring bearers. Mercedes worked for Service Food and then Otter Tail Power Co. She went back to college and graduated from Moorhead State University in Aug. of 1981. She was manager of Energy Management Programs at OTP. She was very active in business and professional women’s organizations throughout her career. She retired from OTP in 1994. Ceedy and Ed loved to travel. After Ed’s death in 1995, she still continued to travel both over seas and in the states. She moved to Arizona for 13 yrs to be closer to her sister Dory. She moved back to Fargo in 2008 after the birth of her first great grandchild. In Feb, 2015 she had a stroke and ended up in Elim Care Center where she has been since. She loved playing games there, especially bingo. She was preceded in death by her husband, parents, sisters Lou and Dory, her in-laws. Her survivors include her daughters Pam (Arnie) Rohde and Renee (Jim) Lundberg: 4 grandchildren, Rhonda (Tim) Morrissey, Robyn Rohde, Chris Lundberg and Brian (Jami) Lundberg: 4 great grandchildren, Megan & Eric Morrissey, Hayden and Brynlee Lundberg and several nieces and nephews. Thank you to Elim for the special care you gave our mom and also to Hospice of the Red River Valley. In lieu of flowers, memorials preferred to Living Waters Lutheran Church, Elim Care Center and/or Hospice of the Red River Valley. Mercede's Video Tribute can be viewed below: