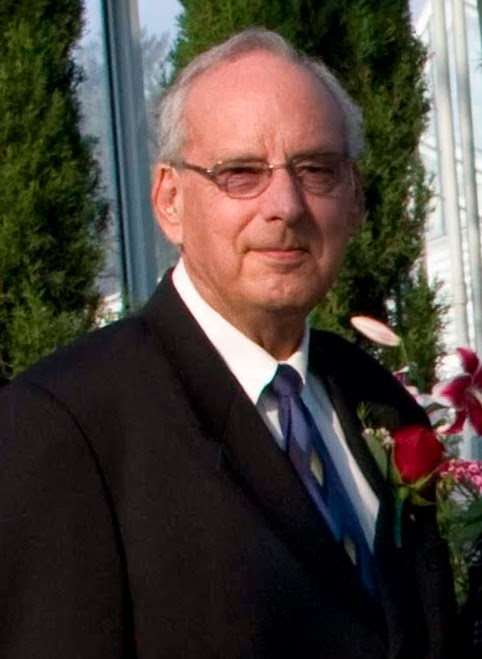 Michael Scott Morey, age 75, died Sunday, September 9, 2018 in Fargo, North Dakota surrounded by loving family. A beloved husband, father, grandfather, son, brother, uncle, and mentor to thousands of students, Mike passed away from complications of dementia. Born December 7, 1942 (Northwood, ND) to June Martha Bjertness Morey and Gilbert Austin Morey, Mike lived with his mother in Hatton, ND until his father was discharged from WWII in 1945; the family lived in many small towns throughout ND and MT during his childhood. Mike graduated from high school in Regent, ND. He received a BS in Music Education from Dickinson State College in 1964 and pursued his career in several ND towns, including Regent, Beulah, New England, Watford City, Hettinger, and Enderlin. Mike married Charlotte Ann Hartman on June 19, 1971 in New England, ND. Their life together centered around music and their families. He had a wide-eyed curiosity about all things, but especially enjoyed golf, birding, and anything involving his family. Preceded in death by his parents, Mike is survived by his devoted wife Charlotte Morey of Fargo, ND; son Christopher (Jaime) Morey and grandson Ike Morey of Irving, TX; daughter Melissa Morey (Nicholas Ellison) of Minneapolis, MN; brother Bruce (Martha) Morey of Billings, MT; sister Toni (Richard) Smith of Bismarck, ND; and sister Jaci Walsh of Salina, KS; as well as 5 nieces and 2 nephews. A memorial service will be held on Thursday, September 13, 2018 at 2:00 pm (visitation an hour prior) at Boulger Funeral Home (Fargo). Donations can be made to a charity of choice, or to the Alzheimer’s Association.