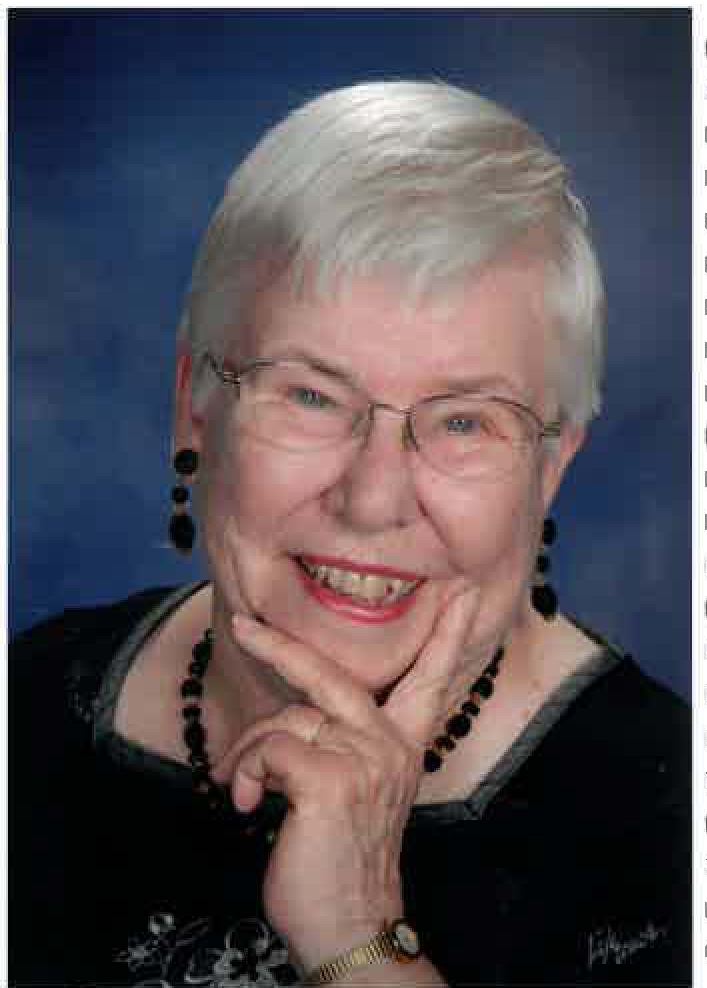 Mildred (Milly) Lindgren 82 passed away Friday January 19th at Essentia  Hospital, Fargo N.D. surrounded by her family and pastors. Milly was born May 25, 1935 at Pickert N.D. the daughter of John and Beatrice Sund.  She grew up on the family farm and attended the Pickert School until the 8th grade when she attended high school in Finley N.D. where she graduated as valedictorian of her class.  She attended Mayville State Teacher's College and received a teaching degree. Milly was united in marriage to Wallace (Wally) Lindgren at St. Petri Church in Pickert N.D. June 12, 1954, they made their home on their farmstead in Gardner N.D. where they lived for 61 years.  They spent 18 years being "Snow Birds" going to Florida in the winter months and connected with many new people and experiences there.  In 2015 they came back to N.D. permanently and they moved into Touchmark in Fargo late in 2015. Milly was an active member of the Nora Lutheran Church-she taught Sunday School for many years and was responsible for keeping it going for a long time.  She was highly involved in her community and was the first person to show up when help was needed.  She opened her home and heart to many including inviting a young Swedish relative (Per Jonsson) to come and spend a year as an exchange student.  Frida Tomito came from Tanzania and attended Concordia College.  She has many unrelated nieces, nephews and grandchildren who fondly remember spending time in her kitchen sampling her famous homemade buns and chocolate chip cookies.  She was a loving and a special lady to everyone who had the privilege to know her. She is survived by her husband of 63 years Wallace (Wally) Lindgren Fargo N.D.  A daughter Sonja (Roger) Meline Hendrum Mn.  Her grandchildren Jason (Jennifer) Eli Great Falls Mt.  Gina Eli Great Falls Mt.  Joshua (Diana) Eli Stockett Mt..  Step  grandchildren, Sheryl (Jerry) Krauth Moorhead Mn.  James (Heidi) Meline Fargo, N.D.  Her Great grand children, Marc Reed, Brigid Eli, Dominick Eli, Joe Elam, Robert Dormady, Jimmy Eli, Katelynn Eli.  Her step great grandchildren, Noah Meline, Clara Meline, Abigail Krauth, Evan Krauth, Ethan Krauth.  Her sisters, Joan (Earl) Anderson Andover Mn. Edna (Walter) Sargent St Petersburg Fla.. Plus many special nieces, nephews, and cousins. She is preceded in death by her parents, John and Beatrice Sund, a brother John (Jack) Sund, a sister in law Martha Sund, a brother in law Willis Lindgren, and a brother in law Walter Sargent. There will be a visitation with a family service at Boulger Funeral home at 123 10th St. S in Fargo,  January 25th from 5-7 with a service at 6:30.  Her funeral will be at Nora Lutheran Church by Gardner N.D. at 2 pm on January 26th. She will be interred at the Nora Lutheran Church cemetery immediately after the church service. A special thank you to all who have supported us in our grief and we are grateful to the Essentia ICU staff who were so kind and wonderful with caring for her in the last few hours of her life. Family requests memorials to go to the Nora Cemetery Fund or to a charity of your choice.