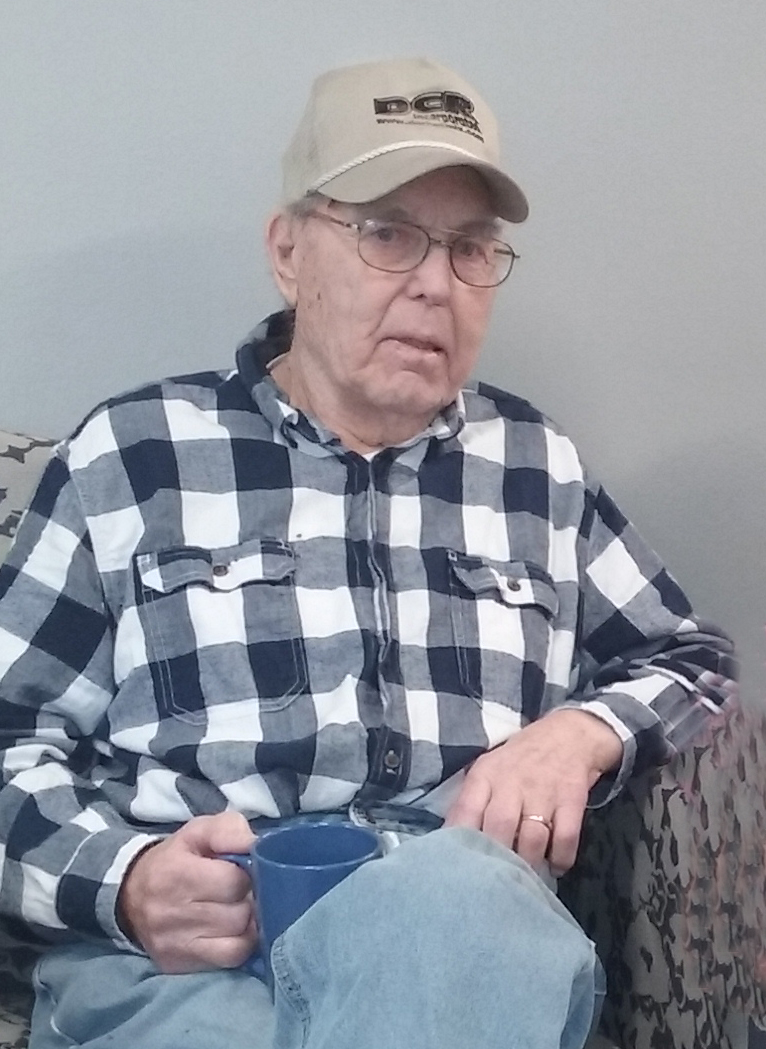 Millard Justin Dahl, 97, of Leonard, ND passed away on Thursday, February 20, 2020 at Eventide in Fargo. He was born at home June 7th, 1922 in Walcott Township to John and Mina (Erstad) Dahl. Millard married Betty Peterson on June 22nd, 1946 in Walcott Lutheran Church. The couple made their home near Leonard where they raised four children and shared a very full life together. They celebrated their 73rd wedding anniversary last June. Millard farmed many years before becoming a contractor where he worked as a carpenter and handyman for people in Leonard and neighboring towns. Millard and Betty spent several years attending craft shows as vendors for their Tyme craft business where they made clocks and other crafts. Before retiring at age 92, he worked several years with his son, Joel, at DCR manufacturing company where he received three U.S. Patents. Millard and Betty were active members of Helendale Lutheran Church, of which Millard was a member since age 4. Millard had a beautiful voice and shared his gift at Sunday services, weddings, and funerals. He also shared his carpentry talents with Helendale and the mission in Laredo, TX. He is survived by his wife, Betty; children, Sondra (Dennis Sahr) Vick, Fargo; Darrell (Joyce) Dahl, West Fargo; Joel (Doreen) Dahl, West Fargo; and Kevin (Teri) Dahl, Austin, TX; 18 grandchildren; 22 great-grandchildren; sister, Norma Jackson, Fargo; and sister-in-law, Marlene, Moorhead, MN. He is preceded in death by his parents; siblings, Alice, Arnold, Charlott, Helen, Esther, Louise, Ernest; and one great-grandson. There will be a visitation from 5:00-7:00 PM with a prayer service at 7:00 PM on Tuesday, February 25, 2020 at Fredrikson-Boulger Funeral Chapel, Kindred. The memorial service will be at 2:00 PM on Wednesday, February 26, 2020 at Helendale Lutheran Church, rural Leonard, ND with visitation one hour prior. Burial of ashes will take place in the spring at Helendale Lutheran Church Cemetery. Memorial contributions may be made to Helendale Cemetery Association.