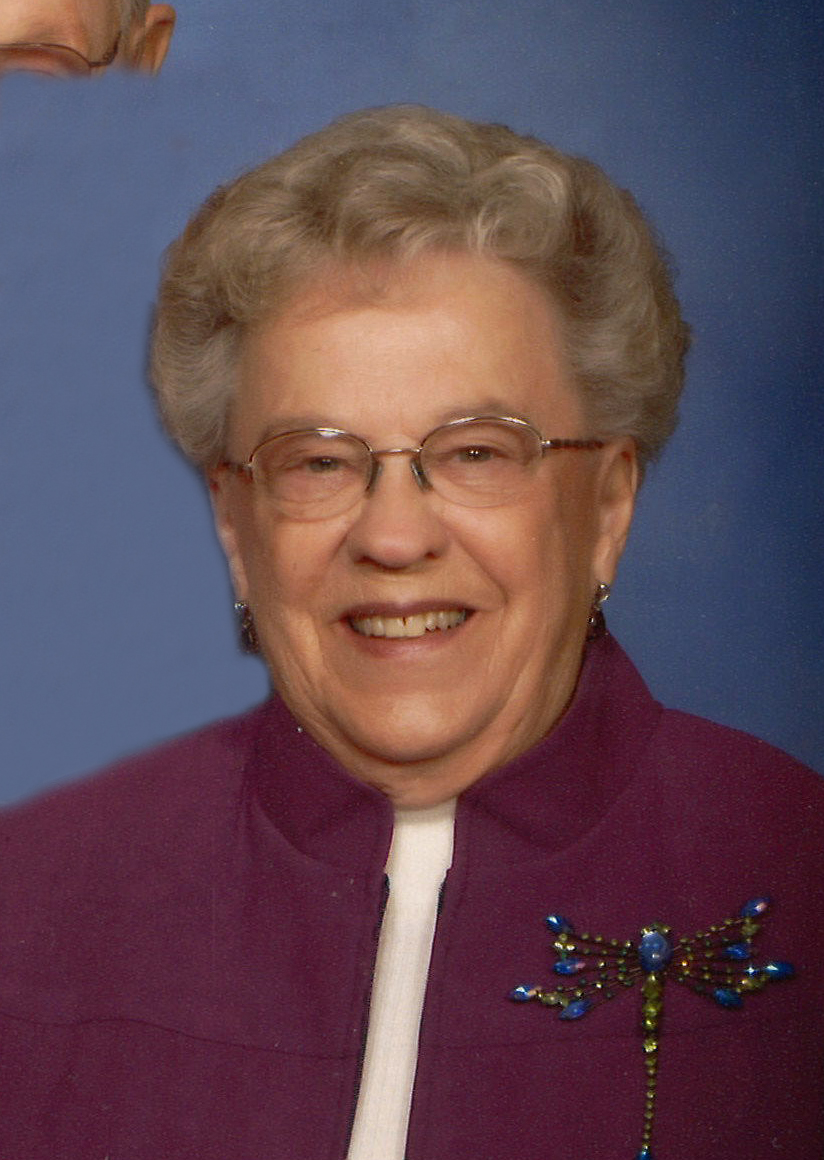 Mollie’s Funeral Service can be viewed below:

Mollie’s Live Streamed Prayer Service can be viewed below:

She was born December 12, 1930 in Galesburg ND to Oluf Malvin (don’t tell me I’m wrong about OM’s name, I have his birth certificate) and Anna (Jondahl) Smith. Her given name was Molfrid Valborg Smith and she would say “Uffda! Why in the world would any parent give a name like that to a little baby!”

Mollie was baptized and confirmed at Elm River Lutheran Church. She graduated from Galesburg High School and later from St. Joseph’s Nursing School as an RN. She told stories from nursing school about sneaky nuns that would hold their rosary beads so you couldn’t hear them coming down the halls. She also told a story about the creepy morgue in the basement and a fellow student that scared her one night.

On June 1, 1952 she married Dale Moen. They lived on the Moen farm with their in-laws the first year. Maybe this is when she learned to make boneless birds from her mother in law. Dale and Mollie farmed on the family homestead until 1983 when they moved into town. Over the years, Mollie was a night RN at the Luther Memorial Home in Mayville. She used to drive to work in a bright yellow camero with houndstooth upholstery until her son Paul crashed it one night with his friend (we won’t name this friend because we all know who it was.)

Mollie was a member of the Stordahl Lutheran Church, just a half mile down the road from the farm. She was an organist, Sunday School Superintendent, and WELCA president. One of her stories was when she was working in the “pie room” at Stordahl with Sylvia Kyllo. (Apparently this was the job you got when you were pregnant. ) And that’s when Mollie and Sylvia told each other they were both expecting. Moral of the story: stay out of the pie room.

Mollie was famous for her homemade buns, peanut butter bars and sugar cookies. Her grandchildren have fond memories of playing in her basement and riding the Big Wheel around the sidewalk at the Elm River Lutheran Church across the street. You couldn’t take Mollie julebukking because her laugh gave it away for the group. Every summer she packed the entire house including the kitchen sink for the annual weeklong summer vacation at Cormorant Lake with the Kyllo and Pladson families.

Mollie’s Video Tribute can be viewed below: