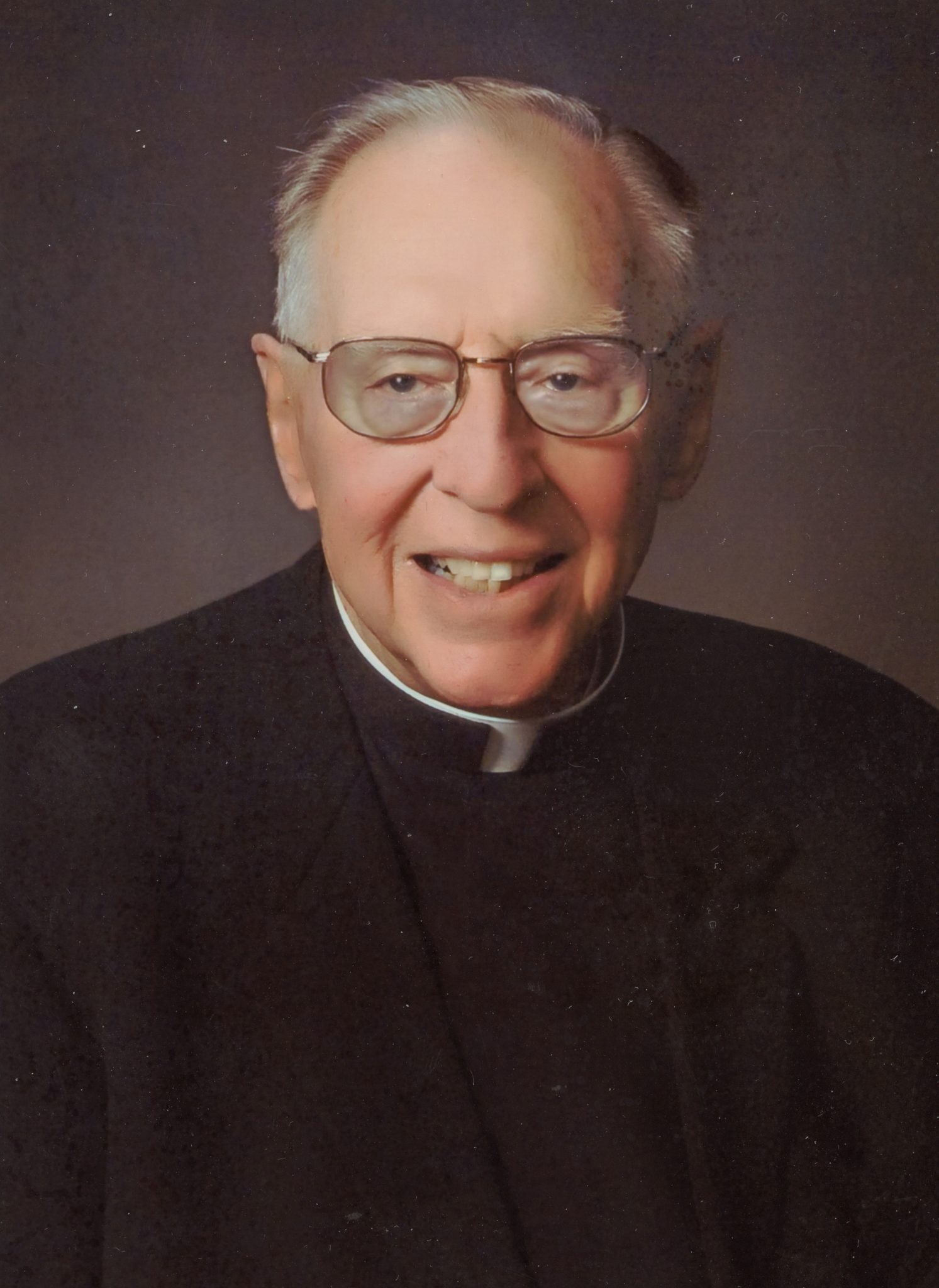 Monsignor Allan F. Nilles, a Catholic priest in the Diocese of Fargo, passed away on October 31, 2018 at Eventide’s Sheyenne Crossing in West Fargo where he lived for the past ten years. A Prayer Service will be offered on November 5th at 7:00 P.M. with visitation starting at 5:00 P.M. A Funeral Mass will be celebrated on November 6th at 10:30 A.M. with visitation starting at 9:30 A.M. all at the Church of the Nativity in Fargo. Father Nilles was 94 when he died. Father Nilles, ordained as a priest on June 11, 1949, spent almost 70 years ministering to the needs of several generations of families and parishioners in eastern North Dakota. His assignments included serving for 14 years as the Rector of St. Mary’s Cathedral in Fargo (from 1969-1983) and for 15 years as Pastor of St. Mary’s Church in Park River and St. Patrick’s Church in Crystal (1983-1998). He also served for five years as the associate pastor of St. James Church in Jamestown (1949-1955), for five years as the Chancellor of the Diocese (1955-1960), and for ten years as the Vicar General of the Diocese (1960-1970). As Chancellor, he accompanied then Archbishop Aloisius Joseph Muench to Rome for his investiture as a Cardinal and was part of a small group to meet Pope John XXIII. Father Nilles was given the title of “Monsignor” in 1961 at the recommendation of Bishop Leo Dworschak while serving as the Vicar General. After his retirement in 1998 at age 75, he continued to assist at Nativity Church and other parishes in the Fargo Moorhead area. Father Nilles was well known throughout North Dakota—by Catholics and non-Catholics alike—for his musical talents. He was a long-time member of the Fargo Kiwanis Club, and played piano for their meetings for 33 years. He also entertained at a variety of other gatherings in Fargo and elsewhere. As a student at Catholic University in Washington DC in the 1940s, Allan provided organ music for masses at the National Shrine of the Immaculate Conception. Father Nilles was preceded in death by his parents, Hebert G. and Justine Nilles, as well as by two brothers, Herbert G. Nilles, Jr. and J. Gerald Nilles, and two sisters, Dorothy (Nilles) Smith and Margaret (Nilles) Mitten. He leaves behind numerous cousins, nephews and nieces, as well as many dear friends. Burial will be in the family plot at Holy Cross Cemetery North. Memorials can be given to Nativity Church of Fargo or to the Diocese of Fargo.