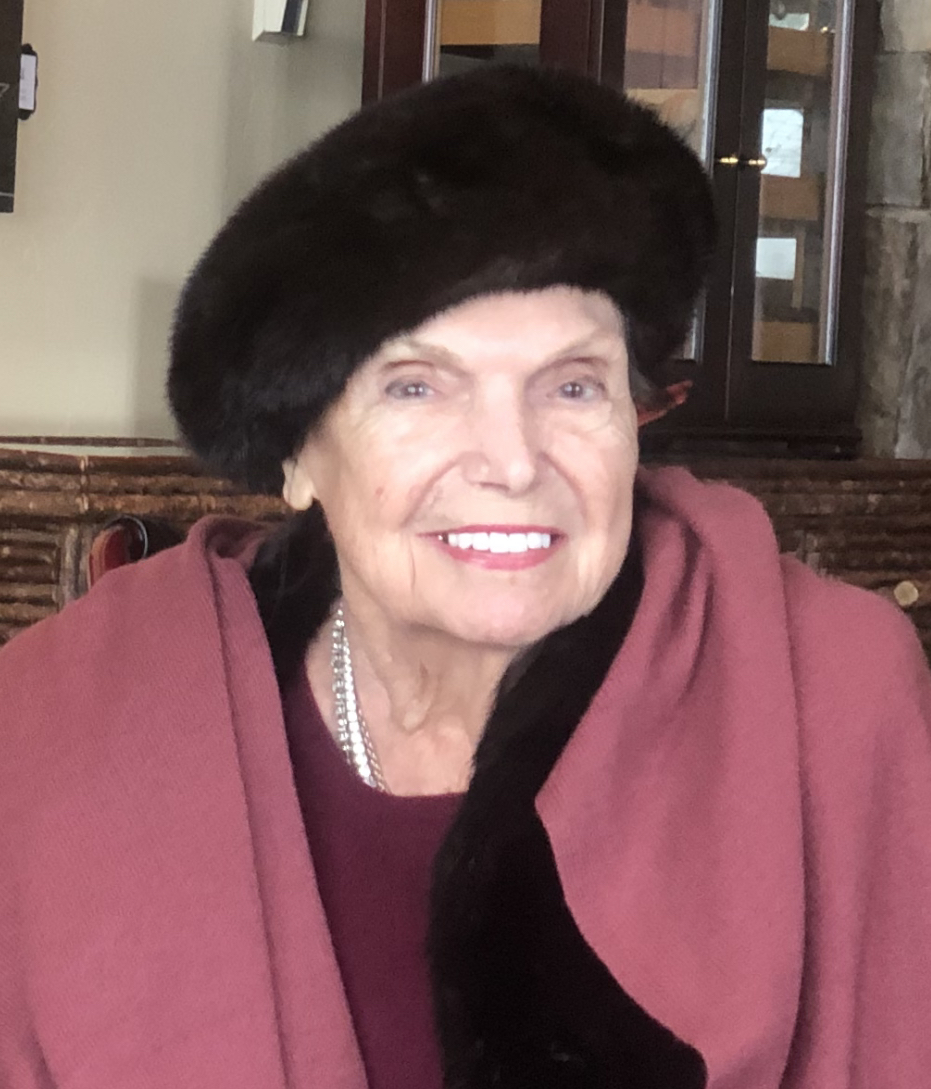 Mrs. Janet Lucille Wanzek of Fargo, North Dakota passed away on March 1, 2019 peacefully in her home surrounded by her children after a beautiful life well lived. A proud North Dakota native and co-founder of Wanzek Construction Inc., Janet was 85 years old. Born as Janet Lucille Whitmer in Streeter, North Dakota, she was the second child of Edmund and Lydia (Remmick) Whitmer. Her parents’ families were Germans from Russia and settled in central North Dakota at the turn-of-the-century. Janet grew up speaking German in the home when she was young and later moved to Medina with her parents where she met her husband, Leo Wanzek, who was from nearby Windsor, North Dakota. Leo and Janet were married on December 27, 1952 at St. Mary’s Church in Medina, North Dakota. Janet taught at a one room country school house in Stutsman County, North Dakota. Later, while raising her children, she attended NDSU for interior design and had a natural gift for decorating, design, art, and culture. In addition, Janet was also very active in her role in building and growing Wanzek Construction. Janet was an honorary member of the Board of Trustees of the National Music Museum in Vermilion, South Dakota where the newly planned concert hall will be named in her honor. Janet was also a significant donor to St. Mary’s Cathedral and the Wanzek Parish Center and Offices in downtown Fargo. She donated to the Wanzek Family Breast Center and Infusion Room at the Hennepin Healthcare Medical Center in Minneapolis, Minnesota. Janet was also a supporter of the annual Fillies Horse Race for Hope (hope chest for breast cancer) at Canterbury Park in Minnesota. Additionally, she was a major benefactor of the Sioux City Symphony Orchestra. Janet was also an active and generous supporter of Bonanzaville in West Fargo where the Wanzek Prairie Store and a street, Wanzek Way, have been named in her honor. Janet was also an active supporter of the North Dakota Cowboy Hall of Fame and the Theodore Roosevelt Medora Foundation. Janet had a very kind, humble, and generous heart and took care of many people throughout her life. She was blessed to have a life full of many friends and many precious years shared with her family and grandchildren. Everyone that knew Janet, especially her grandchildren, knew her as “Nana”. Nana was an elegant, regal, and classy lady and very special to so many people. Her strong charisma and kindness warmly touched many peoples’ hearts. Nana was the strength, inspiration, and matriarch of the family and she will be dearly missed by everyone that had the blessing of knowing her. She taught everyone to appreciate the North Dakota prairie and the simple joys of life. She especially enjoyed her flower gardens, canning pickles, and collecting art and antiques. Janet also became a licensed auctioneer. Janet, a very beloved mother with a strong Christian faith, was blessed with anointing and final prayers at the hour of her death by Fr. Chad Wilhelm. She died peacefully and a beautiful sunset followed that evening. When you look at a sunset please think of Janet. Janet is survived by her three children: Juliet (Neal) Everist of Sioux City, Iowa; Jantze (Dennis) Haley of Golden Valley, Minnesota; and Jon Wanzek of Fargo, North Dakota; her nine grandchildren: Daniel Everist III, Nik Larsen (son of Jantze), Anna Wanzek, Janelle Wanzek, Erich Wanzek, Heidi Wanzek, Maria Wanzek, Jack Wanzek, and Grace Wanzek; and three nieces: Jayme (Robert) Holmberg, Lanette (David) Ludwig, and Marcy (Jon) Nelson. She was preceded in death by her loving husband Leo Anthony Wanzek, parents Edmund and Lydia Whitmer, brother James Whitmer, and grandson Thomas Simon Wanzek. A private funeral will be held at St. Mary’s Cathedral in Fargo, North Dakota. She will be interred at Holy Cross Catholic Cemetery South in Fargo, next to her loving husband Leo and grandson Thomas. Boulger Funeral Home in Fargo will conduct the services. In lieu of flowers, donations in Janet’s memory may be made to the National Music Museum at 414 E. Clark St., Vermillion, SD 57069. On behalf of our mother, we would like to thank those who took care of her so tenderly, sweetly and gently during the last months of her life. In true Nana fashion, as the nurses say, “In like a lion, out like a lamb.”