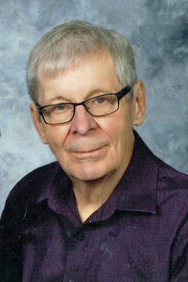 Myron Owen Tande, 79, passed away on November 16th at home under the care of hospice. He was born on April 6th, 1943 in Powers Lake, ND to Millard and Bertha (Jacobson) Tande. He graduated from Powers Lake High School in 1961. He served in the US Navy in the Vietnam War from 1966-1968 and was in the US Navy Reserves until 1976. Myron was united in marriage to Catherine (Kate) Richard on May 10th, 1969 at St. Benedict Catholic Church of Wild Rice, Horace, ND. He graduated from North Dakota State School of Science in Wahpeton, ND in 1965 with an electrical technology degree. Myron worked in construction as an electrician for 43 years. He owned his own business, Tande Electric, from 1977-1983, worked as a civilian employee for the Minot Air Force Base and Rivet Mile project from 1983-1987, and was employed at Mountrail-Williams Electric as a Master Electrician from 1987-2008.

For those who knew Myron, they will remember his calm presence, dry sense of humor, and quick wit. His laugh was unique and contagious. The smirk on his face and twinkle in his eye when he told a good joke was undeniable. He enjoyed going to auction sales, estate sales, pawn shops, 2nd hand stores, antique stores to find his treasures. We never knew what he would bring home. He took a great deal of pride in his family, often sharing stories about his kids and grandkids to anyone who would listen. As a skilled craftsman, his hands created numerous wood working projects his family and friends will cherish for years to come. He was quick to share his woodworking and electrical knowledge with his friends and family. He left the world a better place.

Myron was preceded in death by his parents and an infant son.

In leiu of flowers, please send memorials to St. Benedict Catholic Church or a charity of choice.