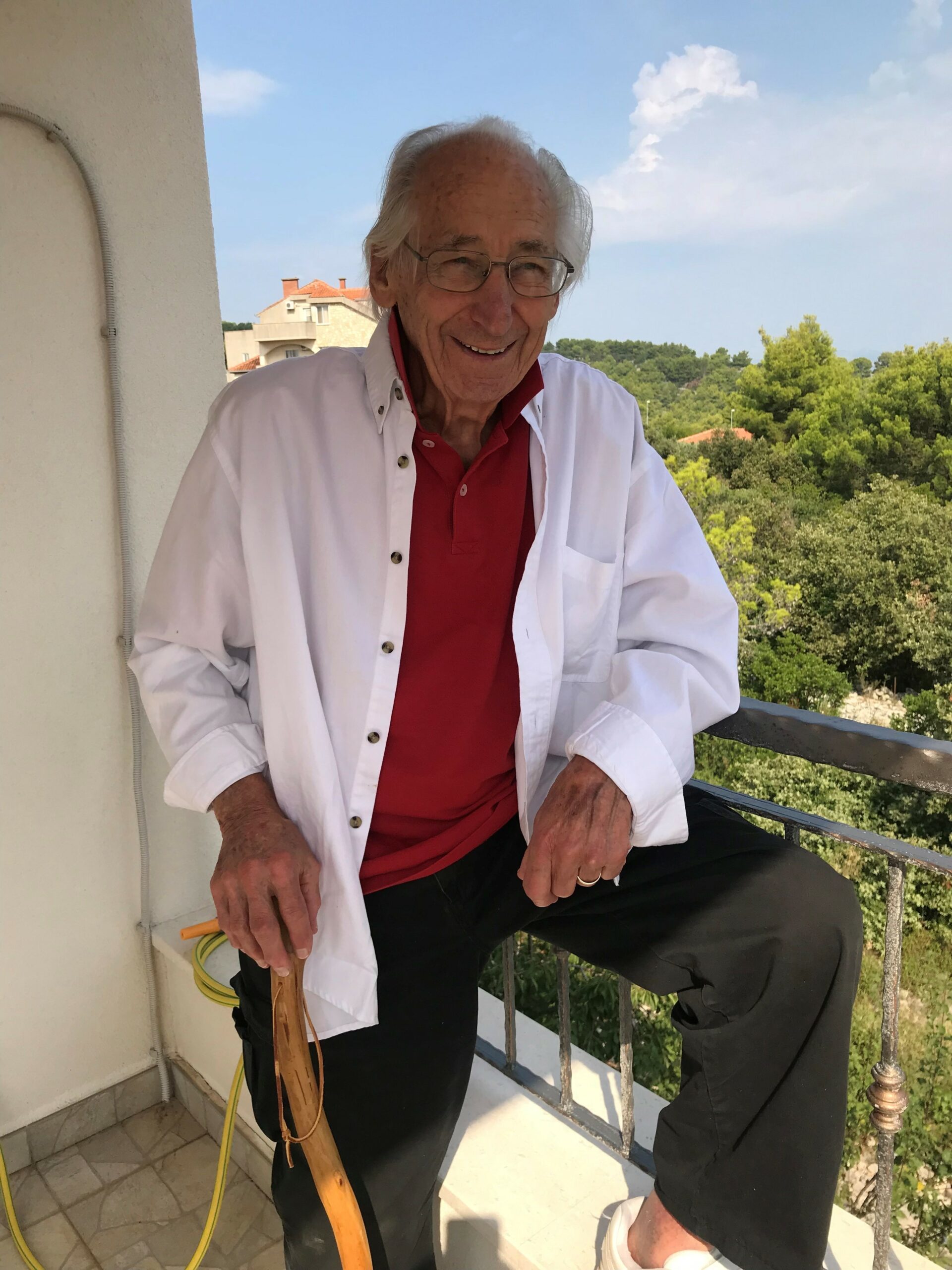 Norman Buktenica died June 10, 2022 at his winter home in Palm Desert, CA with Jonne’ at his side.

Norm was born in Chicago, IL on May 27, 1930 to August and Theresa Buktenica, both of whom immigrated from Croatia as children. He was the youngest of three boys, Ray
who died in 2018 and Jack.

He attended Chicago Vocational High School thinking he would become a tool and die designer/maker. A gifted athlete in both football and baseball, he was recruited by several Big 10 Universities. He decided the school for him was Wabash College in Crawfordsville, IN. While at Wabash, his considerable talent was noticed by the Boston Red Soxs, however he decided that was not what he wanted to do. He was inducted into the Wabash College Hall of Fame for his outstanding football prowess. He applied to Roosevelt University in Chicago to get his masters in psychology. The Army drafted him in 1953. He was stationed on Okinawa Upon discharge, he returned to Chicago to Roosevelt University to obtain his Masters. He also was awarded a full scholarship to University of Chicago, where he earned his Doctorate in Psychology. He co-authored the Berry-Buktenica Developmental Test of Visual-Motor Integration which is used world wide. American Psychology Association, Fellow, American Board of Professional Psychology, Diplomate, American Academy of School Psychology, Fellow.

He married Dena Jaffe, teacher, who was to become his wife and mother of his two daughters, Julie and Laurie. His second wife, Marsha Kierscht, Psychologist, is the mother of two step children, Cynthia and Matt. His third wife Alea Norman, State Department, who preceded him in death, was the mother of five of his step children, Jack, Kelly, Dave, Julie and Patrick Norman. and finally Jonne’ Lerner, a Clinical Psychologist whom he met in California, mother of Cynthia. His nephews are, Gus and Mark and niece, Jody. Grandchildren are Ethan and Alex, Scott, Matthew, Joshua, Christian (deceased),and Jacob, Rodney, Tyler, Nick, Robert, Morgan, Zachery & Hannah, Melissa, Andrea & Colin, Kennedy, Emma and Sophie. He also has six great-grandchildren.

Norm was a very talented sculptor who has sculptures in Science Building at Moorhead State University and at the Embassy Of Mauritania, Africa and many other locations. Norm was also a skilled carpenter who built his home on Spirit Lake on weekends and during vacations .His skill at woodworking was remarkable, he created countless pieces. In addition he was a gifted metal worker and created many pieces of art on display and both of his homes and friends.

Norm was the kindest, nicest gentleman. Besides all his considerable talents and accomplishments he was self effacing. His sense of humor and his smile could light up a room. Everyone who knew him felt comfortable in his presence. He did not judge or criticize, he had the ability to understand others immediately.

In lieu of flowers, donations preferred to Wabash College Scholarships and Financial Aid.
Donations may also be sent by mail at 301 W Wabash Ave. Crawfordsville, IN 47933, or by calling 1 (877) 743-4545

The family greatly appreciates donations made to these charities in Norman Buktenica 's name.