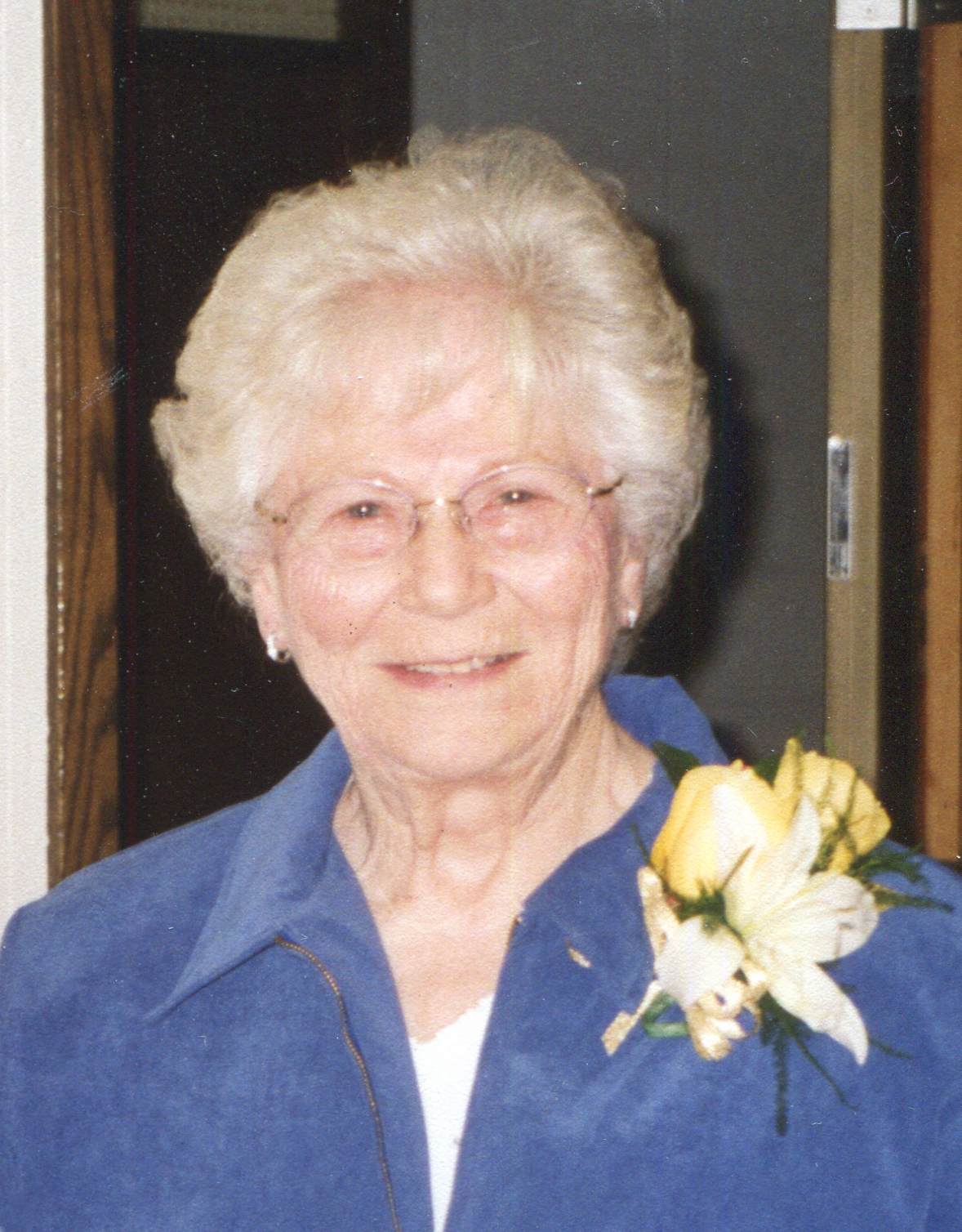 O’Della A. Marchus, 85, Fargo passed away Monday, October 12, 2015 at Bethany Retirement Living, Fargo surrounded by her family. O’Della was born January 9, 1930 to Steward and Nora (Tostenson) Robinson in Brocket, North Dakota. She attended Hope Country School and Cleveland School before attending school in Leeds. She moved to Fargo to attend Interstate Business College before returning to Leeds where she worked in the Senate for Senator Orris G. Nordhaugen in both Leeds and Bismarck. She married Lyle James Marchus in Evangelical Lutheran Church in Leeds, North Dakota on August 22, 1954. They made their home in the country outside of Wolford, North Dakota. Together, Lyle and O’Della purchased the Larson Bros. Gas and Repair Shop. O’Della did the bookkeeping for the business. In 1971, they built their home in Fargo where they continued to live. Lyle passed away on October 15, 2014. She was very active in her church at Evangelical Lutheran Church in Leeds, ND and Golden Ridge Lutheran Church, Fargo where she worked as secretary for a time and taught Sunday School and Confirmation. She is survived by her children, David, West Fargo, ND, Debby Marchus, Moorhead, MN, Diane (Arvine) Benedict, Fargo, ND, Denise Marchus, Fargo; 5 grandchildren, Erica Zacker, Dillon Marchus, Christy Haugen, Kathy Collins, Alex Marchus; 3 great-grandchildren, Preston Ramirez, Eric Collins, Kyrie Haugen; siblings, Darcy Robinson, Mavis Sandstrom, Noreen Bisbee and many nieces and nephews. She was preceded in death by her parents, twin sister, O’Detta and other sisters, Jackilyn Tuchscherer, Collette Westgard and Colleen Robinson. O’Della’s family would like to thank the congregation of Golden Ridge Lutheran Church for all their help. Prayer Service: 7:00 P.M. Friday, October 16, 2015 at Boulger Funeral Home, Fargo with visitation starting at 6:00 P.M. Funeral Service: 10:00 A.M. Saturday, October 17, 2015 at Boulger Funeral Home, Fargo. Burial: Sunset Memorial Gardens, Fargo.