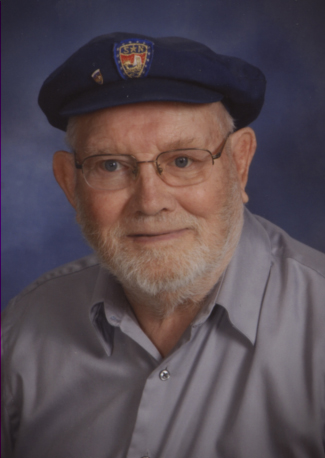 Omar Allan Amundson, Walcott, ND died February 2, 2016 at 87 years of age at Bethany in Fargo. Omar, the son of Theodore and Alma (Ecklie) Amundson, was born on November 29, 1928 in Kindred, ND. He was baptized and confirmed at Walcott Lutheran Church. He attended a rural one room school in Colfax School District and graduated from Walcott High School and Concordia College. On August 15, 1953 he married Rita Priebe of Breckenridge, MN at Breckenridge Lutheran Church.  They were married for 62 years. The couple lived on the family farm while Omar taught school at Walcott, Colfax and Abercrombie, ND after which he was appointed Richland County Superintendent of Schools in Wahpeton, ND. Omar then received a grant and earned a masters degree in special education at Northern Colorado State College. He taught at Fargo North High School and at Windom, MN and especially enjoyed working with Special Olympics. After 36 years in education, Omar and Rita looked for a change of occupation and enjoyed 4 years of mission work. They served as house parents for children of missionaries in Papua New Guinea. Omar and Rita then traveled around the USA in a travel trailer before retiring on the family farm in rural Walcott.  Omar enjoyed traveling and visited all the continents but Antarctica, including four trips to ancestors in Norway. He was a member of Walcott Lutheran Church, Sons of Norway and Hallinglag.  He was preceded in death by brothers Theodore Arden and Burton, sister Ruth Svenkerud Sorlie, step granddaughter Karey Powell and infant grandson T. A. Amundson. Omar is survived by his wife, Rita; seven children, eleven grandchildren and four great-grandchildren: Twila Hanks (Greg) and children Maddie (Justin) and Ian, Shakopee, MN; Barry and stepson Jared, Fargo, ND; Randy (MJ Dimich) and child Amber, Billings, MT; Sonja, Perham, MN; Eric (Betty) and children Paul (Ashley) and Kylie, Apple Valley, CA; Monte (Lisa) and children Collin, Olivia and Brady, Eagan MN; and Heidi Amundson (Rick Pearson) and children Anders and Nolan, Malibu, CA.. Great grandchildren; Alara, Wyatt, Kaylee and Payton. Omar will be fondly remembered by his foster children, foreign exchange students and missionary teens. Visitation at Boulger Funeral Home, Fargo on Friday, Feb. 5 from 6 – 8 p.m. followed by a Prayer Service at 8 p.m. Funeral Service will be held at Walcott Lutheran Church Saturday, Feb. 6 at 3 p.m. with visitation an hour before and reception afterwards.  There will be a later burial at the Walcott cemetery. In lieu of flowers, memorials to Special Olympics, Walcott Lutheran Church or a charity of your choice.