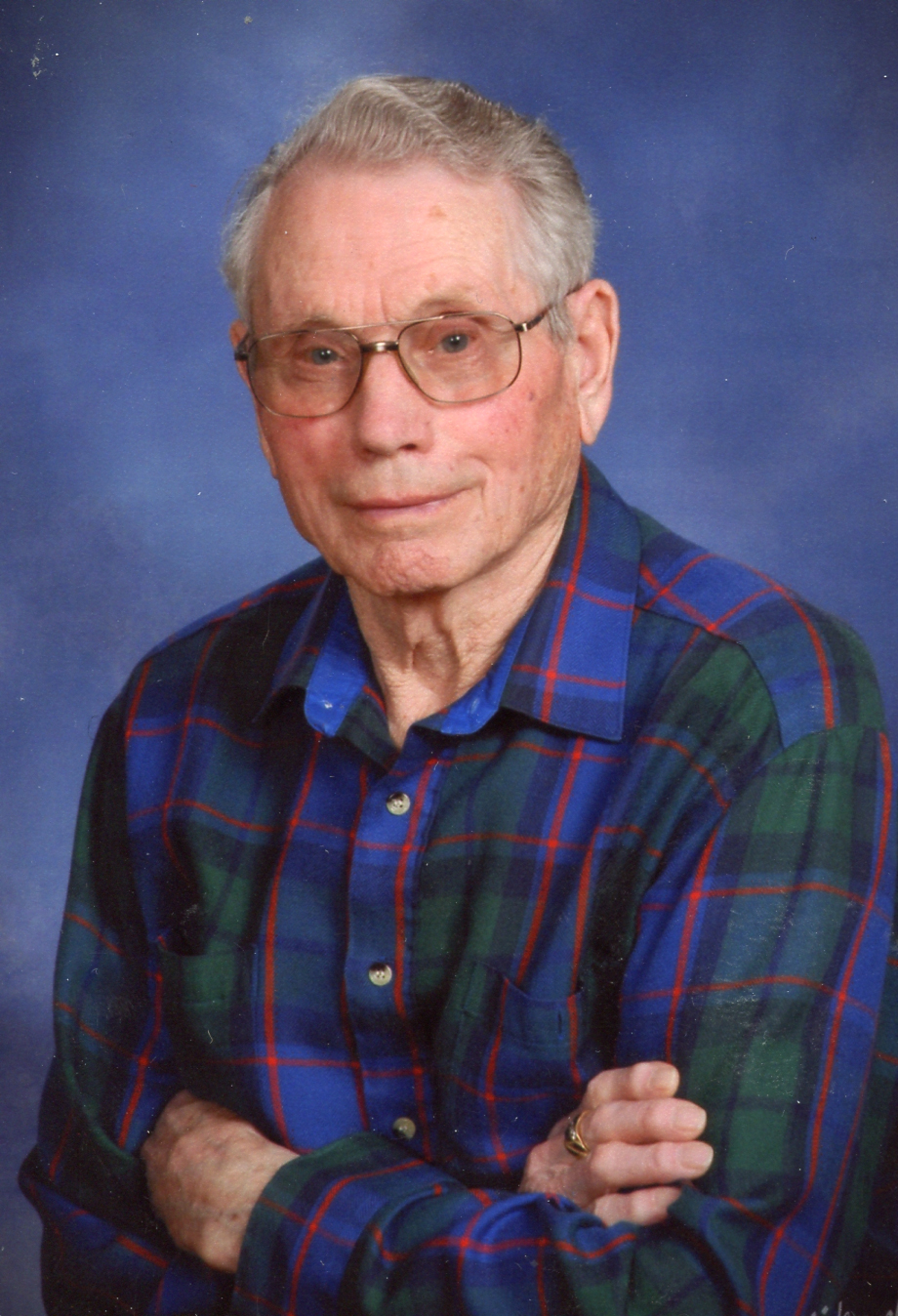 Orey John Hansen left us to be with our Lord on March 11, 2017 at the VA under Hospice care. Orey was born to John S. and Gertrude (Grommesh) Hansen on August 21, 1923.  He was the third of 8 children.  He lived on the family farm until he went into the US Navy during WW2 from 1942 to 1945.  He drove a taxi in Fargo from 1948 to 1949.  He married JoAnn Hartl on September 3, 1952.  He farmed and raised sheep near Alice, ND for 14 years and then near Lake Park for 7 years.  He drove school bus for the Lake Park School District.  He also turned spindles for Country Hill Cabinets.  Then he and JoAnn bought, fixed up and sold houses in California, Minnesota and North Dakota until his retirement in 1997 in Fargo, ND.  Orey loved to work with wood making tables, lamps, bowls, rocking chair, cabinets, toys, and fixing items that he found.  He was proud to share it all, giving to his family and church.  He could make or fix anything. He is leaving behind his three daughters, Kolynne (Joel) Speer and their children Christopher (Dawn) Nelson, Melissa Hollatz and her daughters Alison and Paige; Matthew (Renae) Nelson and their daughter Katelynn; BillyJo (Heather) Speer and their daughters EmMarie and Aubrey; & Timothy Nelson, Kathleen (Trent) Kraft and their children Jacob (Danni) Kraft & their son Christian, and Jordan (Kelsey) Kraft, Karen (Terry) Fischer and their children Johnathan Fischer and TeenaJoe Fischer, two sons, Curtis (Terri) Hansen and their children Steven (Jackie) Hansen, Michelle Hansen, and Mikal Hansen, Kenneth Hansen and his children Keith (Dannie) Hansen and their daughter, Kaylana, and Neil Hansen, sisters Gloria Sauvageau, Jean Orban, sister-in-law JoAnne Hansen and brother John Hansen. He is preceded in death by his wife, JoAnn, parents John and Gertrude, sisters Pearl Byrne, Zelda Block, Yvonne McMahon, and brother Darrell Hansen, grandson Joshua Kaiser, sister-in-law Helen Hansen and brothers-in-law Leon Sauvageau, Vince McMahon, Mike Orban, Don Byrne and Wallace Block. The family would like to thank Red River Hospice and VA Hospice for their compassionate care.  You have touched our hearts. Prayer Service: 7:00 P.M. Thursday, March 16, 2017 at Boulger Funeral Home, Fargo with visitation starting at 6:00 P.M. Funeral Mass:  1:00 P.M. Friday, March 17, 2017 at St. Anthony of Padua Catholic Church with visitation starting at 12:00 P.M. Burial: Alice Community Cemetery, Alice, North Dakota.