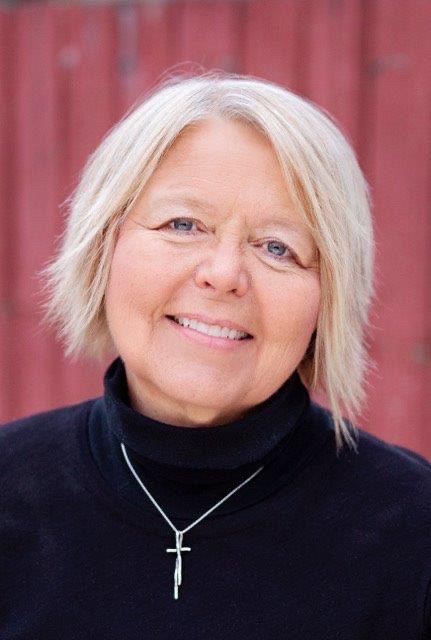 Pam's Live Streamed Memorial Service can be viewed above starting at 1:30 P.M. (we are reliant on the churches wi-fi signal and if something happens to that signal, we are recording the service and it will be uploaded to our website shortly after the service): Pamela Ann McGee set a final goal and, as usual, exceeded that goal. She was here to enjoy “the Perfect Christmas” with family and friends after months of determined prayer, asking God for the time to celebrate one last holiday season. Pam passed early in the morning on January 19th, surrounded by her loving family at home, after a hard-fought battle with cancer. Pam’s adventure began at Buffalo Memorial Hospital in Mondovi, Wisconsin on August 22, 1964, where she was born to Dean and Sally (Sessions) McGee. She and her sister (Susie) were raised in Mondovi by their parents, Grandmother (Hilda), and many other members of Pam’s large, beloved extended family. Pam was a lifelong learner and deeply passionate about education. She graduated valedictorian from Mondovi High School in 1982, received her bachelor’s degree from UW La Crosse, M.B.A. from UND, and earned several certificates of education from the Harvard and Wharton Schools of Business. Pam never planned on marrying, having children, or owning a home. Those plans changed when she met a coworker at Dayton’s named Scott Spanjer, who just so happened to be the love of her life. They married on April 9, 2001, in a castle in Biggar, Scotland, shortly after buying a home together in Fargo, ND. Together, the pair had two children: Isaac (21) and Erika (18). Pam’s children were her greatest achievement; they brought her the greatest joys of her life. She was truly a wonderful mother; always surrounding her family with love, providing them with a variety of extraordinary life experiences, and establishing a strong foundation for the incredible accomplishments she knows they will achieve on their own journeys. Pam was born with tremendous leadership skills, which she put to use both at her place of work and in her community. She began her career at Dayton’s Department Store and the Blue Moose Restaurant in Grand Forks, followed by a job at Great Plains Software. She went on to climb the corporate ladder all the way to the position of Senior Director at Microsoft, a career that took her to five continents, twenty-two countries, and almost every US state. In 2007, Pam took a position as an Associate Professor at Minnesota State University Moorhead, eventually rising to Department Chair and Vice President of Academic Innovation and Engagement. She found great purpose and joy in the classroom with her students, shaping the next generation of change agents in her image. In spite of her illness, she managed to balance chemo with her busy teaching schedule for two full years. 1 Corinthians 13:13 perfectly describes Pam’s mantra for life. She had faith, she had hope, and she had love. She was a longtime-member, chair of many committees, and church president at Pontoppidan Lutheran Church in Fargo. Her unshakable faith was and is a reminder of the incredible power of prayer and that through God, “We’ve Got This!” Pam’s legacy of love and compassion will live on through those who she affectionately called “The Pack”: her husband Scott; children Isaac and Erika; parents Dean and Sally McGee; sister Susie (Dennis) Segerstrom; sister-in-law Kathy Spanjer (Duane Lillehaug); brothers-in-law Larry (Denise) Spanjer and Mike (Marie) Spanjer; nephews Derick Segerstrom, Dominick (Kelsey) Segerstrom, Kevin Lillehaug, and Arnold Spanjer; niece Olivia Segerstrom; many aunts, uncles, and cousins; and scores of remarkable friends. In heaven, she reunited with her grandparents Art and Hilda Sessions and Jack and Rhodie McGee, as well as her mother- and father-in-law Al and Norma Spanjer and sister-in-law Michelle Spanjer. Pam and her family would like to extend a sincere thank you to Pastor Nancy Monke, Drs. Mark Gitau and Amit Panwalker, the care team at Sanford Hospice and Roger Maris, and her many friends and loved ones for all the calls, cards, food, and beautiful memories she shared with them during her courageous fight. A visitation gathering will begin at noon on Saturday, January 22nd at Pontoppidan Lutheran Church in Fargo, followed by a funeral service at 2:00 PM. Per Pam’s request, masks required at all services; vaccines highly encouraged. In lieu of flowers, please direct donations to the Roger Maris Cancer Center, the Rape and Abuse Crisis Center, or a charity of your choice. A private burial and celebration of life will follow later in Mondovi.