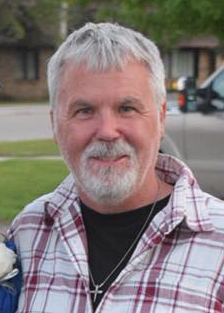 Pastor John P. Miller, age 51, a loving influence in the Hillsboro and Finley community passed away suddenly on Monday morning, November 19th, 2018 while at the Sanford Health Clinic in Hillsboro, ND. John was an amazing, caring father who transformed countless lives through spreading God’s love as a pastor in the Finley area. He was an amazing man with a gentle soul. John was born on January 4th, 1967 in Bismarck, North Dakota to his loving parents Peggi Guilbault and Phil Miller. He grew up in Fargo, North Dakota and gained a strong appreciation and love for his family. The love John had for his family stayed strong and influenced every decision he made throughout his life. After graduating from Shanley High School, John pursued his passion and went to Moorhead Technical College to become an auto mechanic. This passion also led John to becoming a race car driver in Glyndon, MN. Later, John would move on to his career at Dakota Fence for over 20 years. John had two sons, Joshua and Michael during his first marriage with Brenda Jacobson. His love for his family called him to move closer to his mother in Hunter, ND. During this time, John married Laurie Ernst and had his son, Sean. Looking for a place to settle down and call a home, John found the community of Hillsboro, ND. His hopes came true when he found a strong faith community at Our Savior’s Lutheran Church. He began to help with more and more starting with an involvement in the youth program and eventually finding ways to help with almost every part of worship. His love of helping others was driving him, and he had never felt more whole. John knew God was calling him to do much more. Through the guidance of his close colleague and friend, Pastor Joe Johnson, John decided to share his love of God by becoming a pastor himself. In this new position, John not only reshaped his life, but he reshaped the lives of the community he served in Finley. His last years were spent serving God and loving his family and community. John is survived by his sons Josh Miller, Mike (Morgan) Miller, and Sean Miller; his parents Peggi (Gene) Guilbault and Phil (Mary) Miller; his siblings Cathi (Bob) Nodsle, Ray (Wonell) Miller, Joe (Keri) Miller, Jeannie (Allen) Brock, Dennis (Teresa) Guilbault, Brian (Donna) Guilbault, and Mason (Denise) Guilbault; 14 nieces, 18 nephews, 4 great nieces, 6 great nephews, as well as many aunts, uncles, cousins, and close friends. John’s Prayer Service will be held at Finley Lutheran Church on Sunday, November 25th at 4pm (with a 2pm visitation.) and the Funeral Service will be held at Our Savior’s Lutheran Church in Hillsboro, ND on November 26th at 11am (with a 10am visitation.) The Burial will be for family only following the Funeral Service, and the family will return to the Our Savior’s Lutheran Church after.