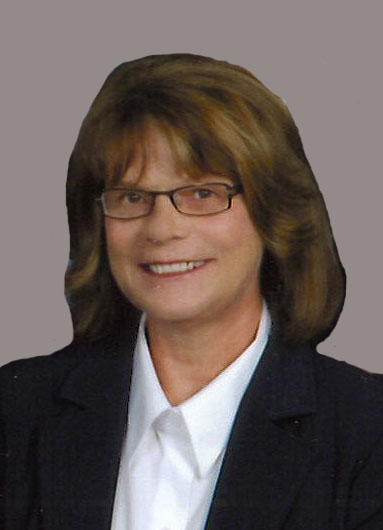 Patricia "Patti" (McLaughlin) Warne age 66, passed away peacefully on January 20, 2019 at St. Cloud Hospital, St. Cloud, MN surrounded by her loving family. Patti was born on July 15th, 1952 in New Rockford, ND, the daughter of Bernard and Mary June (Twamley) McLaughlin. She was baptized at St. Olaf’s Lutheran Church in Devil’s Lake, ND and confirmed at First Lutheran Church, New Rockford, ND. She attended New Rockford Elementary and High School in New Rockford, ND where she graduated with honors in 1970. After graduation, Patti attended the University of North Dakota where she received her Bachelor of Science degree in Nursing, graduating with honors in May of 1974. Following graduation, Patti was employed by St. Luke’s (Meritcare) Hospital in Fargo, North Dakota. In 1976, St. Luke’s started an Oncology unit where Patti was one of the key personnel in the establishment of the program. In 1977, she was promoted to Patient Care Coordinator / Nursing Manager of the Oncology unit. During her twenty years in that role, Patti spoke at nursing conferences in Washington DC, was a volunteer for the American Cancer Society where she was active in leading the “I Can Cope” patient education classes and training other professionals in North Dakota on how to lead similar classes, and was on the Roger Maris Cancer Center planning committee. Patti and Darrell Warne were married on May 3rd, 1986 in Fargo, North Dakota. To this union three children were born, Benjamin, Samuel, and Michael. The family resided in Fargo, North Dakota until 1997 whereupon the family moved to their lake home in Dent, Minnesota and Patti took time off from nursing to raise her three “knuckleheads”. Patti loved her time at the lake with her husband and her boys. She was their number one fan for school and church activities, baseball games, and wrestling matches. Patti had an incredibly strong faith and loved sharing it as a Sunday School teacher at St. Paul’s Lutheran Church in Perham, Minnesota. In 2009, Patti renewed her nursing license in Minnesota and entered into long-term care nursing. She retired from nursing at Perham Health in February 2018. Throughout her nursing career, she was a strong advocate for patient care and was loved by her patients and peers. Patti was an extraordinarily self-less and compassionate wife, mother, daughter, sister, aunt and friend who was an inspiration to us all. She is survived by her loving husband Darrell of St. Cloud, MN, three sons: Benjamin (St. Cloud,MN), Samuel (San Diego,CA), Michael (Minneapolis,MN), loving sister Kathy (Mike) Barry, Thief River Falls,MN; and brothers Jim McLaughlin, Fargo, ND; Mick (Olga) McLaughlin, North Richland Hills, TX; Jay McLaughlin (Sioux Falls, SD), and Jon (Wanda) McLaughlin, Fargo, ND, mother in-law Bessie (Morris) Warne (Minneapolis, MN), brother in-law Dwayne (Mary) Warne (Minneapolis, MN); nieces, nephews, cousins and friends. Patti was preceded in death by her father, Bernard McLaughlin; mother, Mary June (Twamley) McLaughlin; father in-law, Leo Warne; maternal and paternal grandparents; and several aunts and uncles.