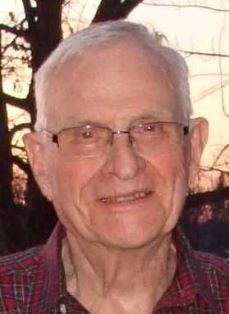 Paul Andrew Johnson was born on December 3, 1929, the son of Paul and Emma (Flath) Johnson near Enderlin, ND. He moved to Fargo at an early age with his family where he received his education, graduating from Fargo Central High School in 1947.

Paul was united in marriage to Mabel Wagner on February 24, 1950, and four children were born to this union. They raised their family in the Fargo-Moorhead area.

Paul was united in marriage to Gayle Rostad on May 17, 1973. They had 48 wonderful years of marriage.

In 1982 Paul built their home on Big Floyd Lake where they lived and enjoyed the beautiful lake area for 39 years. They lived in the Detroit Lakes area until the time of Gayle’s passing in April of 2021.

In his youth, Paul delivered the Fargo Forum and worked at Vic’s Market. After high school, Paul went to work for International Harvester Co. in the parts department, eventually becoming the parts department manager and later went into truck sales. In 1965, Paul became the heavy-duty truck manager at W. W. Wallworks, retiring after 24 years of service. After retirement, he sold real estate in the lake area for a short time.

In these last years, we saw God gave our dad a greater faith and trust in the gospel of Christ Jesus our Lord, a hope that gave him peace and assurance of eternal life found in the Word of God.

A funeral service will be held at Detroit Lakes United Methodist Church on Monday, September 19, 2022, at 1:00 p.m., with visitation held one hour prior to the service and interment to follow at Riverside Cemetery in Fargo, ND.

Please send memorials to Hospice of the Red River Valley.

Paul’s Video Tribute can be viewed below: