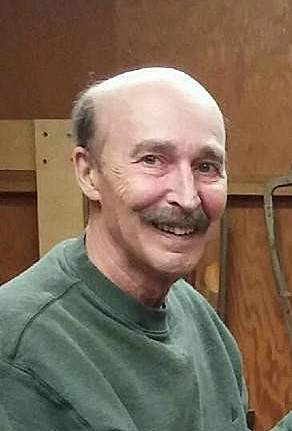 Paul Richard Durben, 70, passed away unexpectedly on February 13, 2019 at his home in Fargo, ND. Paul was born in Fargo on July 2, 1948 to Genevieve and Richard Durben and grew up here with his eight siblings. Apart from his military service he lived in Fargo all his life. He served in the Army in Vietnam and Germany as a legal clerk covering everything from routes and landing specifics to deferments and discharges for servicemen and logging all-volunteer miles documenting technical information for the helicopter battalion. He attended North Dakota State University studying engineering and then, following in his father’s footsteps, began a lifelong career as a Hospital Engineer. He was valued and sought after by each of our local hospitals, his latest position before retiring being with Orthopedics Associates in Fargo as Director of Facility Operation. Although his titles varied over the years with changes in hospital systems, he was always respected and well known for his expertise and concern for his employers and fellow employees. He was ‘on call’ his entire working life and continued to be available even after his retirement. Paul was our token bachelor, a trait that ran in both sides of the family! But even so, he took a great interest in each of his sibling’s families, taking part in his nieces and nephews lives, making a place for them to enjoy nature at his lake cabin, teaching them to ski, fish, and appreciate his friendship and penchant for fun. Paul’s was a kind and gentle soul. During his Army time in Can Tho he was loved by the orphaned children and their caretakers. He watched over them and did whatever he could to make their lives more peaceful whether it was to fulfill a need for food, building maintenance, or just plain heart. He was uncle, godfather, and friend. To his brothers and sisters, nieces and nephews, cousins and aunts and uncles he was always an encouraging, dependable ear for their concerns, a reliable source of news and important events. Whatever the need, he gave his heart and his hands to help. His was a quiet demeanor with a silly side which endeared him to all. On his own Paul was an avid photographer and followed the transition from good old 35 millimeter film to the latest in digital technology. He captured nature whenever and wherever he could from our national parks to his urban backyard. Paul was a member of the Philatelic organization – stamps! He was intrigued by their design, their history, the messages they conveyed. He had an eye for anything well designed and hand tooled which led him to fill his home with wondrous things. His wood shop was the birthplace of beautifully framed family heirlooms and cabinets for their display. He gifted his family with lovely examples of woodcrafting. He was active in his local community organizations, attending meetings and always taking interest in the goings on around the neighborhood – a tie to his early days when Fargo was small and his home was on the edge of the north side. There is so much more to convey about Paul. The most important is that he spread his heart to so many people in so many ways. We loved him all his life and love him still. He is preceded in death by his parents and his Uncle Doland Durben; his nephew Andrew Jurvich; his Uncle Ward Wooldridge; his uncle Rueben Haugen; his Aunt and Uncle Shirley and Ron Englund; his uncle Roger Cossette. Paul is survived by his sister Mary and her husband Tom: his sister Kathleen and her husband William; his brother John and John’s wife Phetsemone; David and his wife Dianne; James and his wife Kim; JoAnn and her husband Wayne; Brian and his wife Michelle; and his sister Jean and all of their children and his grand nieces and nephews. We will miss his heart. Good night Big Brother. Paul’s memorial service will be held at 7 pm on Tuesday, February 19 with visitation from 5-7 at Boulger Funeral Home and Celebration of Life Center, Fargo.