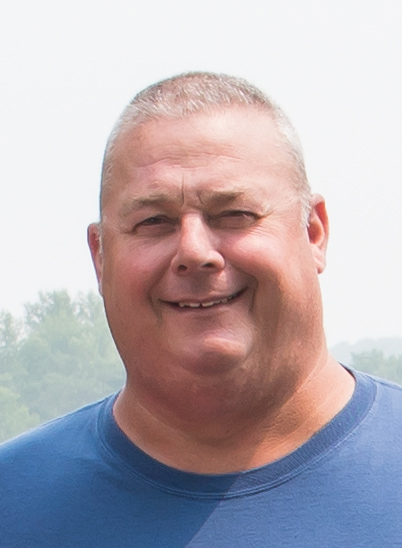 Paul LaVern Christianson, 56, Fargo, ND passed away on Thursday, June 14, 2018 at Sanford Health in Fargo with his wife and children by his side. He was born on September 29, 1961 in Fargo to LaVern and Marian (Marx) Christianson. He grew up in Fargo and attended Fargo South High School. On February 22, 1981 Paul enlisted in the United States Air Force. He was assigned to the Red Horse Unit, stationed at RAF Weathersfield, England. On July 16, 1986, he was Honorably Discharged from service and began a career as a heavy equipment operator. On September 11, 1982 Paul was united in marriage to Deborah Larimore in Braintree, England. In March 1983, they welcomed daughter, Lisa, at RAF Lakenheath, England. In October 1988, their son, Jon, joined the family in Austin, TX. The couple lived in many places over the next 20 years as Deb was stationed at various bases throughout the U.S. In December 2008, Deb and Paul returned to Fargo following the August 2008 birth of their first grandchild, Levi. Granddaughter, Aubrey, followed in June 2010. Paul’s grandkids were the apple of his eye. He loved spending any time he could with them and enjoyed spoiling them (Taco Bell, candy, quarters, staying up until midnight). He worked at General Equipment & Supplies in Fargo for 7 years until September 2017 when he was forced to retire for medical reasons. Paul loved largemouth bass fishing and pheasant hunting. He also enjoyed watching sports, specifically cheering on Bison football and Fighting Sioux hockey, as well as the Vikings and Twins. Paul was a devoted family man who will be greatly missed by his wife of 35 years, Deb; daughter, Lisa (Paul) Kunze; son, Jon (no spouse) Christianson; grandchildren, Levi and Aubrey Kunze; mother, Marian Christianson; siblings, Lori (John) Miller, Anne (Kevin) Gustafson, and Greg (Sandy) Christianson; and many other relatives and friends. He was preceded in death by his father, LaVern. There will be a funeral service at 2:00 PM Monday, June 18, 2018 at Boulger Funeral Home and Celebration of Life Center, Fargo, with a visitation one hour prior. In lieu of flowers, memorials are preferred to a charity of the donor’s choice. The family would like to extend a special thank you to the staff at the Sanford Palliative Care Unit for their compassionate care, and Drs. Johnson and Lalich along with their staffs.