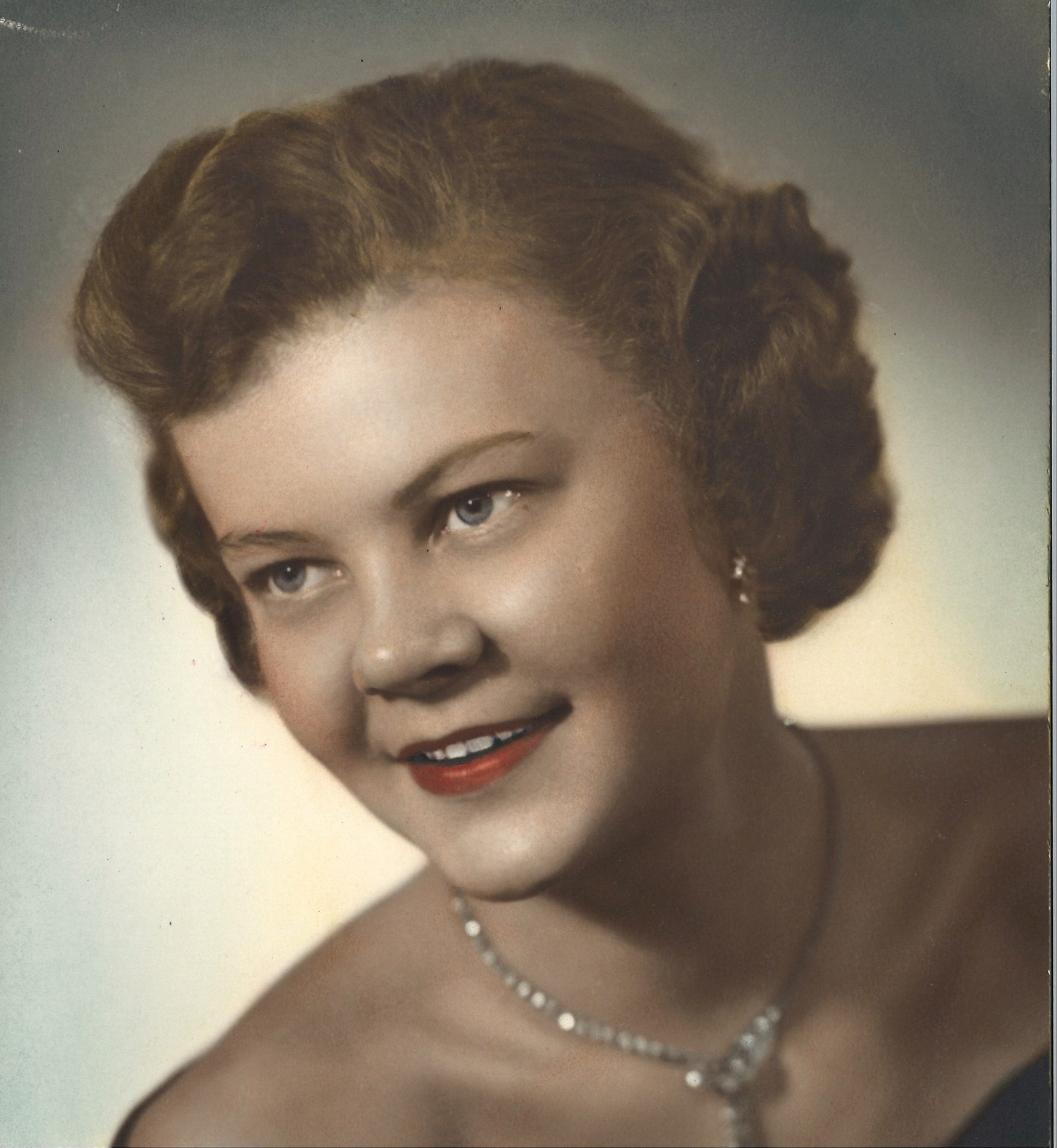 Priscilla Jane Delvo died on Saturday, February 22, 2020, under the care of hospice of Red River Valley and surrounded by family. Jane was born on November 11, 1934 to Charles and Olive Hewitt in Cogswell, North Dakota. She graduated from Fargo Central in 1952. In 1954, Jane was crowned Miss North Dakota and competed in the Miss Universe pageant. After graduating from high school, she started her work career at Northwestern Bell. During this time, she met her future husband Jack. She was a stay at home mom and enjoyed spending time in her children’s school activities. She was very fond of animals and raised and showed Scottish Terriers. After her children were in high school, she started her work in retail, working at Mandels, Herbst, and Mr. T’s. Jane was united in marriage to Jack Delvo on June 15, 1957 at St. Mary’s Cathedral in Fargo. She is survived by her husband, Jack, of 62 years, and three children, John (Teresa) of Laurel, MT, David of Fargo, and Elizabeth (James) Eken of Cedar Rapids, IA, five grandchildren, Brandon, Samantha, Adam, Joseph and Michael, and four great grandchildren. She was preceded in death by her parents, and siblings Marjorie Dady, Charles Hewitt, Theodore Hewitt, Harrison Hewitt, Coddington Hewitt, Stanton Hewitt, and Lucy Hewitt.