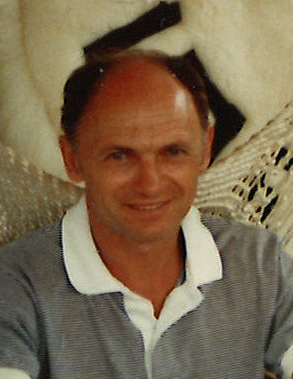 Raymond's Live Streamed Funeral Mass can be viewed below. If something happens to the churche's wi-fi connection, the service is being recorded and will be posted at a later date: Raymond's Live Streamed Prayer Service can be viewed below: Raymond Aberle, 76, Fargo died Saturday, April 16, 2022 after a battle with Parkinson’s Lewy Body Dementia. He was born February 12, 1946 in Linton, ND to August and Mary Eva Aberle. Raymond attended school in Berlin, ND before graduating from Edgeley High School in 1965. He went on to graduate from North Dakota State College of Science in Wahpeton, ND before entering the United Stated Air Force. On September 24, 1971, Raymond married Patty Allen in Phoenix, AZ. Raymond and Patty lived in Fargo before moving to a farmstead near Amenia, ND, where they raised their two children. They moved back to Fargo in 2008. Raymond worked as a crew chief aircraft mechanic with the Happy Hooligans Air National Guard. Raymond was a member of the Knights of Columbus, VFW and Western Minnesota Steam Threshers Reunion. He was mechanically inclined and could repair nearly any engine or motor and enjoyed building various machines from scratch. He is survived by his wife, Patty, daughter, Deanna, son, Andrew (Andrea), granddaughters, Grace and Noelle, sisters, Betty Peck, Donna (Jerry) Bauer, brothers, David, Ronnie, Gerald and Patrick and many nieces and nephews. Raymond was preceded in death by his infant daughter, Amy, mother and father, brother, Jerome and brother-in-law, Ed Peck, nephews, Christopher and Aaron Aberle and niece Raeshell Warner. Raymond’s family would like to thank the staff at the Fargo VA Hospital and Hospice of the Red River Valley for their excellent care. In lieu of flowers, Raymond’s family would prefer memorials to Hospice of the Red River Valley and/or Parkinson’s Foundation.