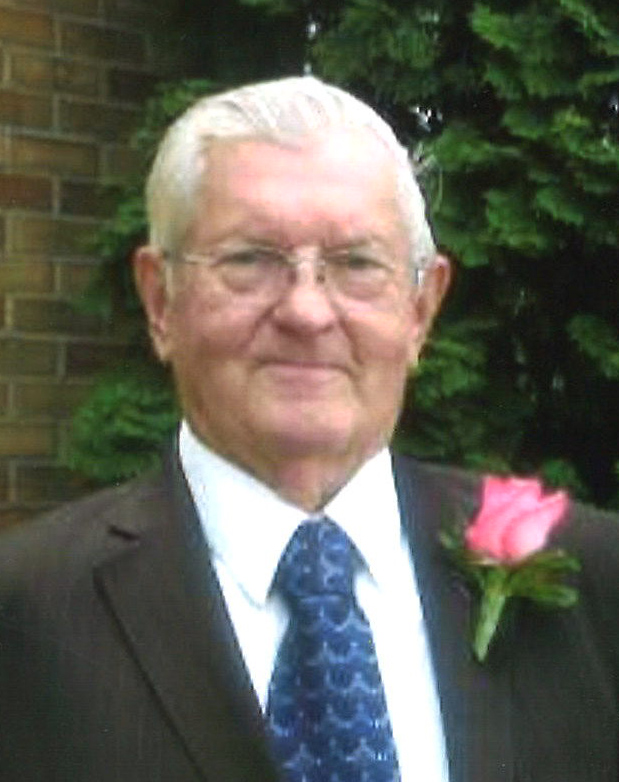 Raymond’s Live Streamed Memorial Service can be viewed below. If something happens to the Wi-Fi signal during the service, the funeral is being recorded and the recording will be posted later today. Thank you!

Raymond L. Grothe of Moorhead, formerly of Hendrum, passed away on July 27 at the age of 90.

He was preceded in death by his parents, Charles and Agnes Grothe, his wife, Ruth Anderson Grothe and their infant son, Daniel, and his siblings Helen (Hall), Roger, Philip, and Corinne.

He is survived by his children, Paul (Rebecca), Steven, Jonathan, and Mary (Emilio) Coppola and grandchildren, Cynthia Grothe and Amanda Coppola. He is also survived by his sister, Renee (Ralph) Pedersen and many nieces and nephews

Ray had a lifetime identity as a farmer, and he loved fixing things. In addition, he sold insurance, owned and operated a hardware store, and was a salesperson. Ray also worked as a school bus driver and church custodian. He was a member of Immanuel Lutheran Church in Hendrum for many years, where he taught Sunday school, sang in the choir, and was a church council member. He also served as a synod council member and was a delegate to a national assembly of the ELCA.

Ray was a people person who just loved to find someone to visit with wherever he was—Hendrum, Mesa, Arizona, where he and Ruth spent many winters, and Moorhead.

Ray lived at Eventide in Moorhead for the past seven years, and his family is profoundly grateful to the Eventide family for their care, compassion, friendship, and honesty. They also thank the staff at Trinity Lutheran Church of Moorhead and Boulger Funeral Home for their care and compassion.

The memorial service for Ray will be at Trinity Lutheran Church in Moorhead at 11:00 a.m. on Monday, August 8, with visitation at the church at 10:00 a.m. There will be a graveside service at 1:45 p.m. at the St. Pauli Cemetery in rural Hendrum. A livestream of the memorial service will be available at www.boulgerfuneralhome.com. Memorials preferred to Eventide on Eighth or donor choice.