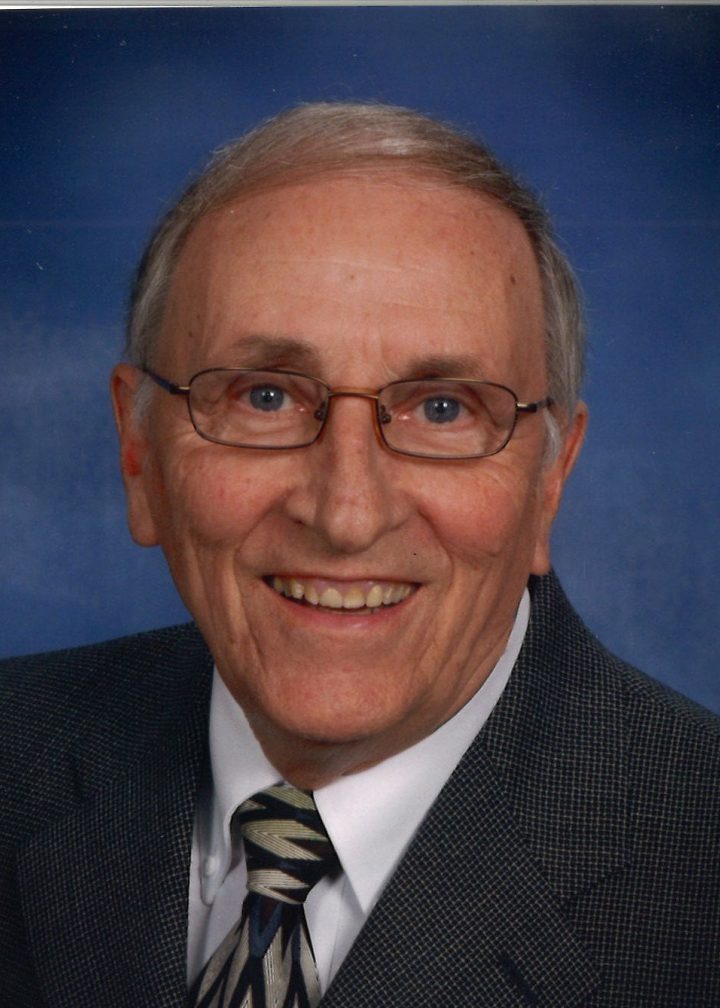 Ray's service will be livestreamed on the link below at 2:00 PM Friday, February 11, 2022. https://boxcast.tv/view/raymond-mickelson-service-ebtiucienworago3wfvb Raymond (Ray) Mickelson, age 82, of Fargo passed away February 7, 2022 at Sanford Medical Center with his wife and daughters at his bedside. Ray was born March 21, 1939 to Henry and Anna (Koski) Mickelson in Perth, ND. He graduated from high school in Rolla, ND. He attended North Dakota State University and obtained a Bachelor’s Degree in Agriculture with an area of concentration in Economics, Soils, and Farm Management. He joined the North Dakota National Guard and received his training at Fort Leonard Wood, MO and Fort Riley, KS. He spent 5 years assigned to the Cando, ND unit and 1 year in the Army Reserves. Ray’s financial career started with Production Credit Association (PCA) in 1965 as a Loan Officer in Grafton, ND and next as the Branch Manager in Cando, ND. He was united in marriage to Joanne Eggl in Cando on May 11, 1968, and they were later blessed with 2 daughters, Margo and Roxy. In 1973, they moved to Grafton, ND where he became Credit Manager and subsequently held several other positions including Vice President-Credit and VP Operations. In 1983, Ray became CEO of the PCA of Grafton. Following a company merger, Ray continued in a management role for 3 branch offices for Farm Credit Services of Grand Forks. After that he became a financial contractor for Farm Credit Services of Fargo. In 1987, he moved to LaMoure, ND as the Branch Manager for the LaMoure and Lisbon offices of AgCountry. Ray and Joanne moved to Fargo in 1998. After retirement, they enjoyed spending their winters in Mesa, AZ. They welcomed 2 granddaughters in 2008 (Grace) and 2013 (Lucy), and “Grandpa Ray” loved spending time with them. Ray was active in the community and over the years was involved with several organizations including the Lions Club and the Jaycees. He was an Honorary FFA Chapter Farmer. Ray loved to golf and ride his bike until his health problems started slowing him down. He had a keen interest in the stock market and always cheered on the NDSU Bison. He was a member at Hope Lutheran Church in Fargo. Ray will be remembered as a kind and generous man who was a wonderful husband, father, grandfather, and friend to many. He is survived by his wife Joanne of Fargo; daughters Margo Mickelson (Bob Baker) of Maple Grove, MN and Roxy (Kent) Exner of Waconia, MN; 2 beloved granddaughters Grace and Lucy Exner; brothers Arthur (Ethel) Mickelson of Edgewood, WA and Larry (Lavonn) Mickelson of Perth, ND; sisters-in-law Carol (Harvey) Wood of Cando, ND, Marcia Bracken of Devils Lake, ND, Lisa Sivertson of Fargo, ND, Barb (Larry) Schmaltz of Parker, CO; brother-in-law Doug (Kay) Eggl of Albion, IN. Ray was preceded in death by his parents; brother Paul (Helen) Mickelson; sisters Bernice (Edwin) Sormula, Melma (Orlo) Larson, and Hazel (Roy) Yliniemi, and 3 siblings who died in infancy; father-in-law and mother-in-law George and Celestine Eggl; sister-in-law Shirley McKinnon; brother-in-law Roger Bracken.