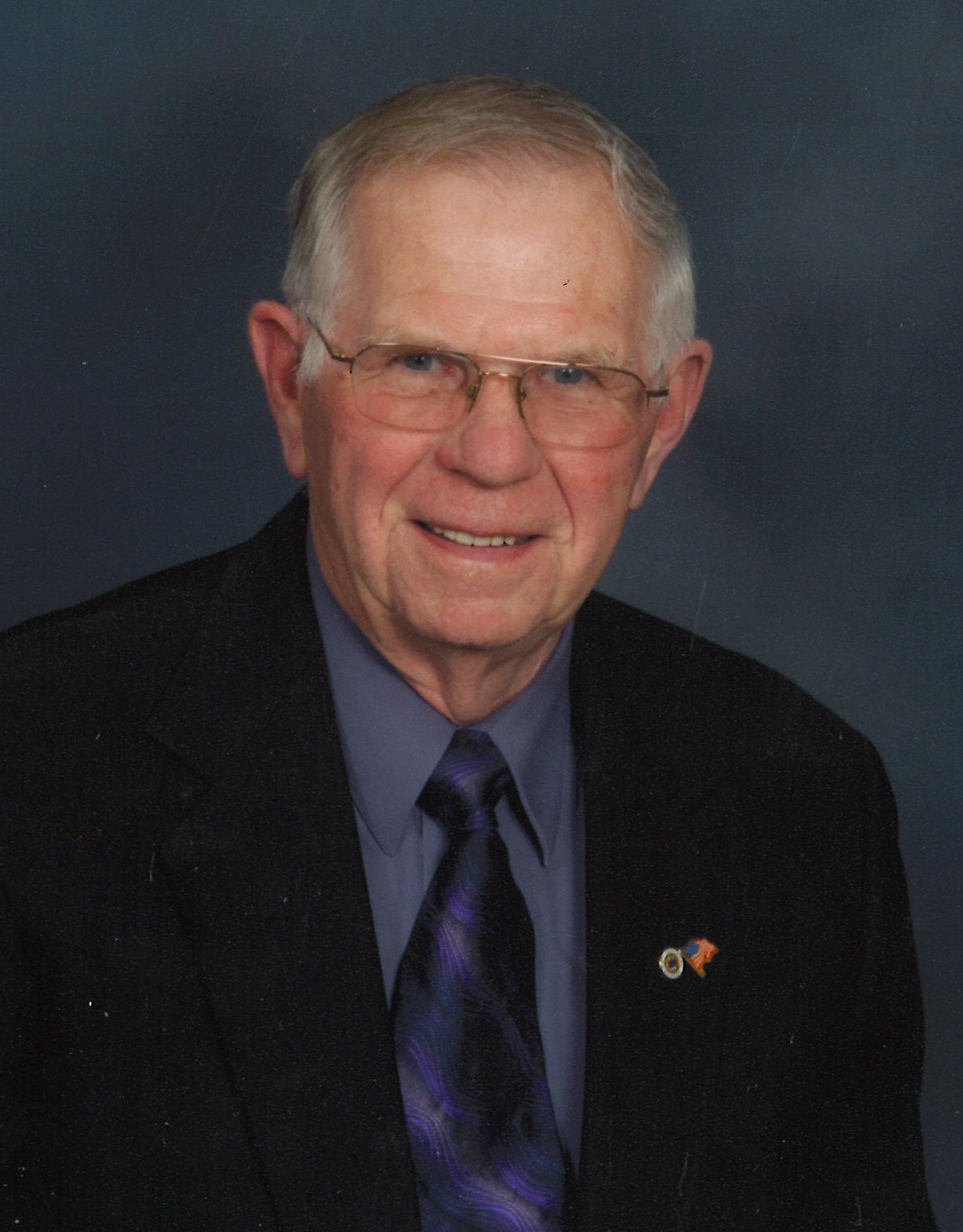 Ray died peacefully on September 28, 2018, at Bethany on 42nd in Fargo at the age of 85. Ray Minette was born on January 3, 1933 in Devils Lake, N.D. to Joseph and Annie (Vanderlin) Minette. Ray attended a country school in the Webster, N.D. area and graduated from St. Mary’s Academy in Devils Lake in 1952. Ray entered the US Army in January 1953. He served in Korea and earned the rank of Corporal. After returning from service in the Korean War, he returned to Devils Lake where he purchased Ray’s Westland Service Station. On December 26, 1959, Ray married Lois Peterson in Devils Lake. Ray later sold the service station to attend college at Devils Lake Junior College and then Minot State University. Ray graduated in 1966 with a Bachelor of Science Degree in Biology and German. Ray’s first teaching position was in Golva, ND where he taught for two years. Ray and Lois moved their family to Minnewauken in 1968. During this time, the family spent three summers in Laramie Wyoming where Ray attended graduate school at the University of Wyoming on a National Science Foundation Grant. In 1972, Ray and Lois moved their family to Rugby where Ray taught in the science department of Rugby High School until he retired in 1993. During this time, Ray shared his love for science with hundreds of students, many who went on to successful science-based careers. Ray started hosting science fairs in Rugby and ultimately took several students to the international competition. After being retired for a year, Ray came out of retirement to teach one more year in Rugby and two years in Wolford, ND. During summers, Ray drove a semi hauling gas and grain. Later, he sold and adjusted crop hail insurance. Ray enjoyed hunting with his boys, traveling, golf, skiing, reading and a good game of pinochle. He attended activities for his three sons and later his grandchildren. Ray enjoyed traveling in retirement. He and Lois took many trips to Fargo, Salt Lake and Spokane or wherever his family resided at the time. He enjoyed attending the Hostfest in Minot with friends and also enjoyed bus tours to Branson and Nashville making new friends and recruiting pinochle players wherever he went. Ray was a member of the Rugby Eagles, American Legion and VFW. He was an active member of Knights of Columbus serving as Grand Knight several times and Faithful Navigator for the Fourth Degree Knights. He also served Meals on Wheels for the Knights of Columbus. At Little Flower Catholic Church in Rugby, Ray served as a reader and Extraordinary Minister of Communion, also serving the homebound. Ray is survived by his wife of 58 years, Lois Minette, Fargo, ND; Son Brian (Barb) Minette, and grandson Riley Minette, Salt Lake City, UT; Son Mark (Jill) Minette and granddaughters Elli and Morgan Minette, Fargo, ND; Craig (Naomi) Minette and grandchildren Rodney, Kara, Maximus Minette, Spokane, WA; Sister Joanne Neis, Grand Forks, ND; Sister Theresa Mencimer, Montrose, CO; Sister-in law Bertha (Peterson) Lorenz, Fond du Lac, WI and special friend Lloyd Lorenz, Devils Lake, ND, and cousins, nieces and nephews. Ray is preceded in death by his parents, Joseph and Annie Minette, brother Robert Minette and brothers-in-law, Dick Neis, Jim Mencimer and Larry Peterson. A celebration of Ray’s life will take place on Thursday, October 4 at 5 pm with the Rosary at 5:40 pm and a prayer service at 6:00 pm at Boulger Funeral Home & Celebration of Life Center, Fargo. Visitation will continue from 9:30 to 10:30 am followed by the Funeral Mass at 10:30 am on Friday, October 5 at Sts. Anne and Joachim Catholic Church, Fargo. Internment in Veteran’s National Cemetery outside of Fargo at a later date. Please join the family for a time of fellowship in the reception hall following the funeral.