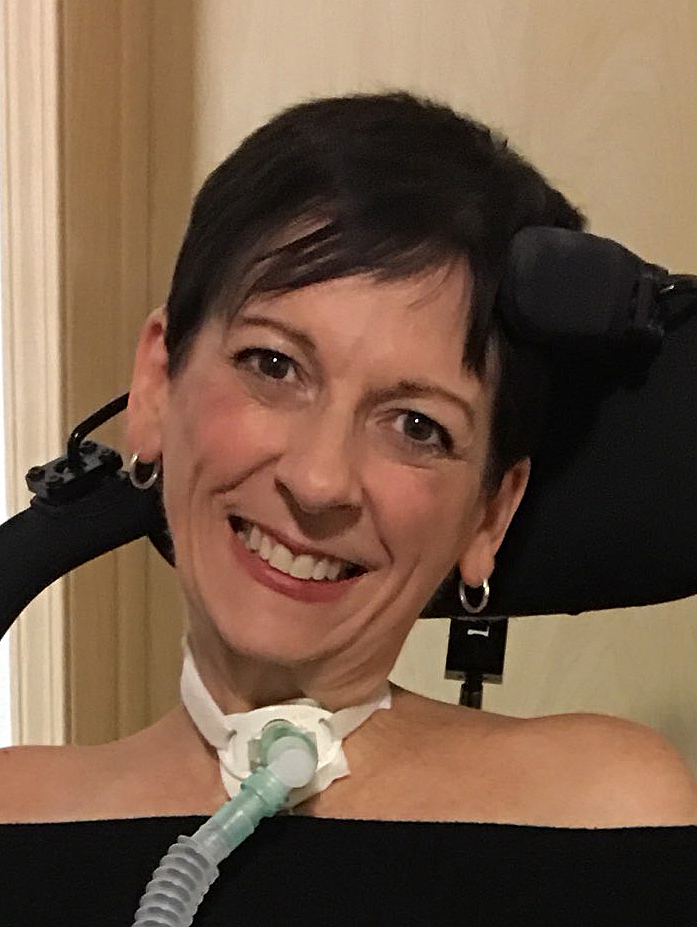 Renee Ann Bernier, 50, West Fargo, ND passed away December 2, 2017 in her home. She was born April 21, 1967 to Kenneth and Patricia (Schmidt) Bernier in Fargo, ND. Renee grew up in Kent, MN, and graduated from Breckenridge High School in 1985. She earned her Bachelor's degree in Business Administration in 1990 and her Associate's degree in Interior Design in 1991, both from North Dakota State University. While a student there, she was a member of Alpha Gamma Delta sorority. Renee gave the gift of life to her daughter and only child, Abby Hammes, in 1990. She was a long time employee of the United States Postal Service and retired in January of 2015 when she was diagnosed with Amyotrophic Lateral Sclerosis (ALS). Renee was an energetic spirit. She loved spending time with her family and friends, especially at the lake - laughing, eating and drinking. Her creativity and artistic abilities inspired hobbies and talents such as banner making, hand printing, coloring, and interior decorating. In her last years, Renee spent much of her time researching her family history, tracing parts of her lineage all the way back to the 1400s. Following her diagnosis, Renee was highly involved in the ALS community, participating in local monthly support groups and attending the ALS Advocacy Day and Public Policy Conference in Washington, DC. Although ALS is a terminal diagnosis, Renee often said that she didn't feel like she was dying, but that she was finally given a chance to live - that the only thing that she had to do with her remaining time was to love people. All those who came in contact with her would attest that she succeeded in that final goal. Renee is survived by her daughter, caregiver, and light of her life, Abby Hammes; parents Ken and Patty (Schmidt) Bernier; siblings Dan (Nora) Bernier, Tom (Cassi) Bernier, Marcy (Brett) Corbitt, and Mike (Wendy) Bernier; nieces and nephews Josh, Jake (Miranda), Jenna, Max, and Sam Bernier and Erika, Morgan, Zoey, and JorJee Corbitt, who affectionately knew her as "Noonay"; her sweetheart Pete Quortrup; her furry companion, Truman; and countless friends. She is preceded in death by her grandparents; multiple aunts, uncles and cousins; and a nephew who never had a chance to know the world. A celebration of Renee's life with food, music, beverages, stories, and laughter will be held at Copper Ridge Event Center on Sunday, December 10 from 3:00pm to 9:00pm. A prayer service will also be held Wednesday, December 6 at 7:00pm at St. Benedict's Church, Wild Rice, with visitation beginning at 5:00pm. There will be a reception following the prayer service at the church. Memorials may be directed to the ALS Association MN/ND/SD chapter; the family would like to express their sincere gratitude to the association's staff for their services and support.