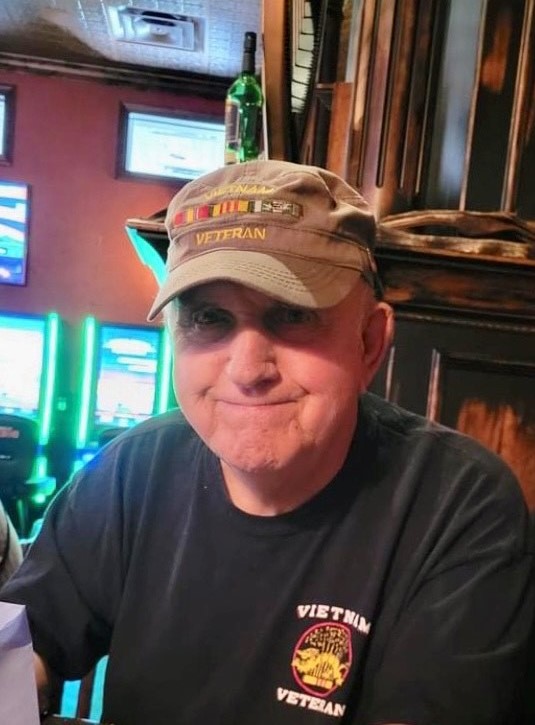 Robert E. Lee Anderson, 76, of Fargo, North Dakota died Wednesday, March 23, 2022, at home. Robert was born September 12, 1945, to Nels and Burnita (Simmons) Anderson in Grand Forks, ND. Bob married Gelene Pesche and they had one child, Brian (Karyn) Anderson. They later divorced and Bob met Rosanna Gladue and they married in 1970. They had three children together, Melinda (Todd) Bjordahl, Corina (Neil) Samuelson, and Bobbi (James) Person. Bob grew up in Orr, ND. He later moved to East Grand Forks, Moorhead, and finally, Fargo. He drove a potato truck and worked for Ryan Potato Company in East Grand Forks. In 1967, he went into the Army and served in Vietnam. When he arrived home, he worked at GSA Federal Building as a custodian for 25 years and received several awards for his hard work. After retiring at GSA, he went on to work for MeritCare for 16 years and continued his career at NDSU for five years. Since this time, he has been fully retired, spending his past time with his children, grandkids, and great-grandkids. Bob’s hobbies included many activities. He would travel to various cities across ND and MN for car races. For his 70th birthday, he was surprised with a trip to Kansas to watch Nascar with his grandsons. With his family, Bob enjoyed camping, playing bingo, marbles, going to casinos, driving around his neighborhood, he also enjoyed sitting on his patio just enjoying the nice weather. Whether you were on Bob’s good side or bad side, you will definitely remember him as he is unforgettable especially to his many nieces and nephews. He is survived by his wife, children, and grandchildren, Tayler, Ryan, Emily, Matthew, Dylan, Ashley, and Alex; and three special great-grandchildren, Amelia, Libby, and Benson. Siblings Patty Anderson, Lola (Chuck) Thrane, Judy (Jim) McIsaac, and Jerry (Pam) Anderson. He was preceded in death by his parents; brother, Kenneth Anderson; and niece, Jennifer Sullivan.