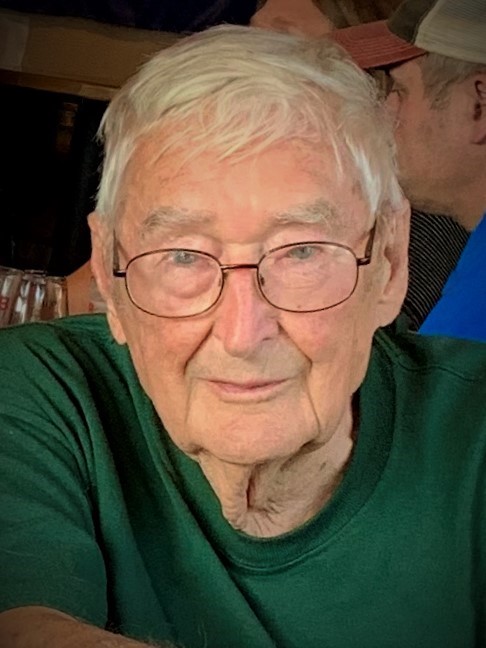 Robert George Long, 89, of Fargo died November 5, 2021 at the Fargo VA Hospital surrounded by several of his loved ones. Robert was born March 19, 1932 in McVille, ND to Harry and Edith (Palmer) Long. He attended school in Sharon, ND, graduating in 1950. Following his graduation he attended the ND State School of Science in Wahpeton. He joined the Air Force in 1951. While stationed at RAF Burtonwood, near Liverpool, England, he met an English gal named Mary Duffy. Bob married her April 11, 1955 and in August of that year brought her to the United States. They resided in Moorhead, MN for quite a number of years, also living in Harwood, ND, before moving to Fargo to the residence they occupied at the time of Robert’s death. After leaving the Air Force, Robert continued his military service as an Avionics Technician with the North Dakota Air National Guard in Fargo where he was also employed as a civilian until his retirement. Two of the Medals earned for his service in the Air Force and Air National Guard include the National Defense Service Medal and Good Conduct Medal. Prior to his civilian employment with the Air Guard, he worked briefly as an apprentice electrician. Robert was an active member of the First Presbyterian Church in Moorhead, MN. He was a hard-working, contributing member in the American Legion Post #2, serving in most Post level offices up to and including Post Commander. He also served in the Legion’s 40 et 8 holding most local offices along with various national and state offices including Chef de Gare, Chef de Train, Sous Chef de Chemin de Fer, and Grand Chef de Gare. He proudly served with the Legion Post’s Honor Guard until his shoulder was no longer able to allow him to hoist and carry the large flags. Bob and Mary were also founding members of the Red River Valley Horseless Carriage Club, a chapter of the Horseless Carriage Club of America, an organization dedicated to having fun preserving antique automobiles and educating the public. Robert was very active in this group, enjoying get-togethers with other club members and their cars. He participated in several tours put on by the Horseless Carriage Clubs including Midwest Tours and 1 & 2 Cylinder Tours. One of his favorite antique car activities was the New London – New Brighton Antique Car Run held in August annually for the past 35 years. Bob was one of only 2 drivers that participated and finished each of the 35 runs. Other activities he enjoyed were playing cards (especially whist), hunting, fishing, camping vacations with the family, and using his electrical expertise to help people wire their homes. For many years Bob and Mary enjoyed spending extended time in the winter at London Bridge Resort in Lake Havasu City, Arizona. Robert is survived by his wife Mary of Fargo, daughter Patricia of Sharon, ND, son Dean (Kathy) of Glendale, AZ, and son David (Laurel) of Detroit Lakes, MN. 6 grandchildren: Jessica Woodring (Kipp) of Loveland, CO, Jocelyn Aitkin of Greeley, CO, Jolene Robertson (Christopher) of Windsor, CO, Jewel Aitkin of Greeley, CO, Krystal Long of Fargo, and Dustin Long (Megan) of Fargo. 5 great-grandchildren: Seth McWhorter, Ileana Capilla, Dominic Klemish, Tavin Robertson, and Macklin Long. Nieces and Nephew: Karen Tuil (Gary), Sanford Bergh (LuAnn), Kristen Greeley (Arthur), and Kathy Hendricks (Colin). He was preceded in death by his parents Harry and Edith (Palmer) Long and his sister Ardyth (Long) Bergh. Arrangements have been entrusted to the care of Boulger Funeral Home and Celebration of Life Center in Fargo. To sign the online guest book, please visit our website at www.boulgerfuneralhome.com