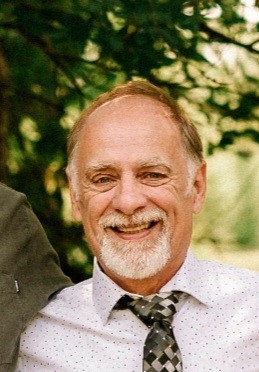 Bob was a kind person that had a passion to help anyone in need and made friends in every room he went into. He was the life of the party, enjoying time with family and friends, and always made sure everyone was having a good time.

Anyone that knew Bob knew that he loved sports, enjoying the Vikings Football, Twins Baseball, or Wild Hockey games. He would often be seen wearing something to represent one of those teams. Bob was an avid outdoors person, loving to hunt and fish, involved with the Rocky Mountain Elk Foundation.

In April 1984, Bob was married to Becky (Krafthefer-Larson) and became a stepfather to Nova and Chad, father to Alex and Nicole. He was a proud, supportive, fun, loving dad that loved to attend all family events with a cow bell. Bob and Becky later divorced.

Bob held a few jobs, mainly in carpentry. He worked for Williams Pipeline and then retired from Precision Concrete Cutters in 2018.

He spent his retirement years enjoying travels to Arizona, cooking, going to the casino, and being around family. He loved to watch granddaughters, Addy, and Brynley, play volleyball and his grandson, Everett, play trucks in the sand.

As you celebrate Bob, we would like you to watch a Vikings Football (SKOL!), Twins Baseball, or Wild Hockey game in his honor, cheers to him. Feel free to share pictures with us.

Bob was a survivor of cancer and in lieu of flowers, please make donations to the Roger Maris Cancer Center.

A memorial service will be at a later date.