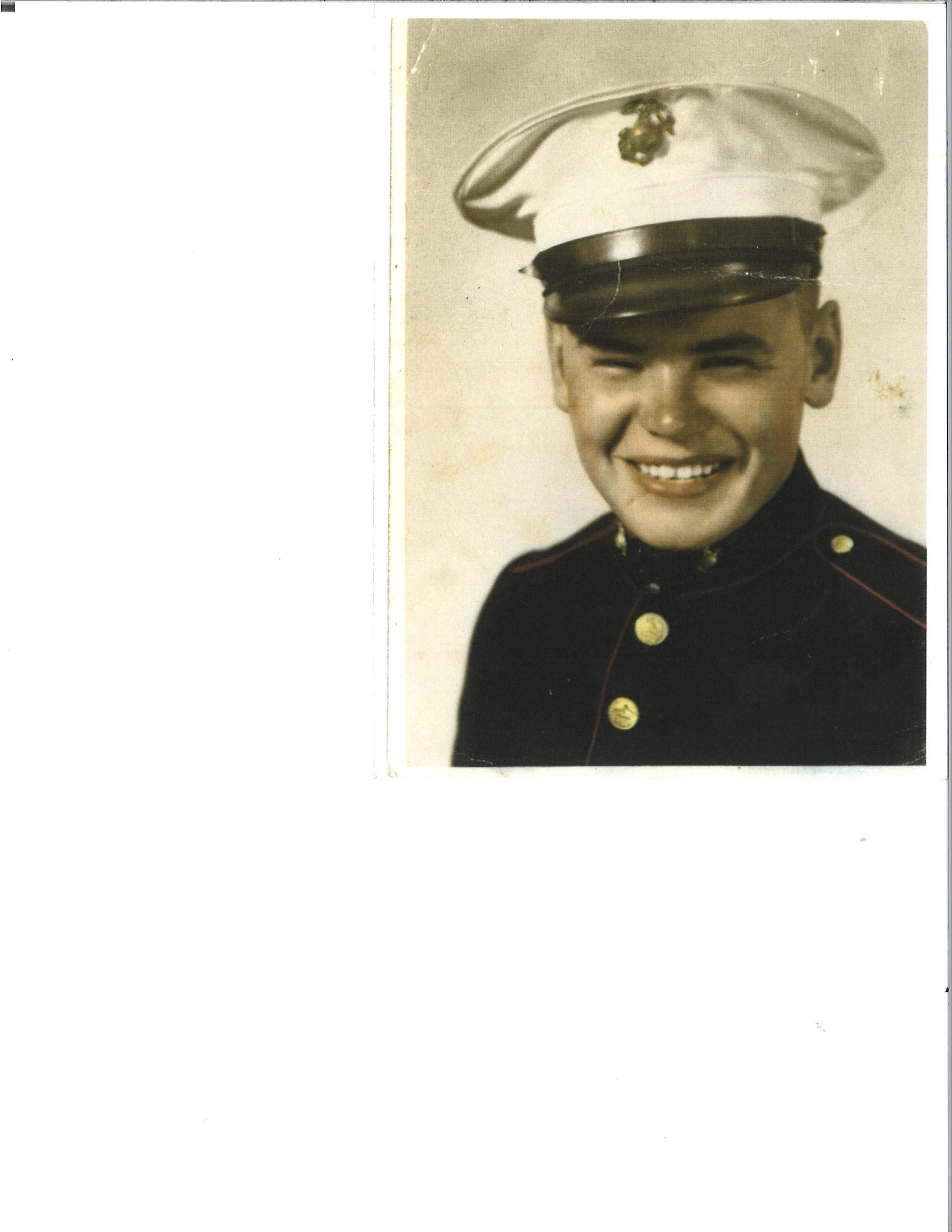 Robert E. Olson (90) ND Veteran’s Home, Lisbon ND passed away peacefully on 4-22-2019 under the care of Hospice in Fargo ND. Robert (Bob) was born October 16, 1928 to Henry and Pearl (Vibe) Olson in Streeter ND. He enlisted in the US Marine Corp. He attended Dunwoody Technical College in Minneapolis and after completion married Joyce Elaine Sundberg on October 22, 1949 in Minneapolis MN. They lived in Austin MN for a short while and moved to Cloquet MN where their 4 children were born. While in Cloquet, Bob built a home for his family, virtually by himself in his spare time evenings and weekends while working full time at the Northern Printery. It seemed as though there was nothing he couldn’t accomplish if he set his mind to it. In 1965 he moved his family to Wahpeton ND when he became an Instructor of Graphic Arts at the North Dakota State College of Science where he remained until retirement in 1987. Bob had many hobbies and interests. To name a few: running (13 marathons and smaller races), coin collecting as well as many other collections, auction sales, farming, archery & ham radio. It seemed as though he had a thirst for knowledge and was continually starting new projects which required learning from the ground up. He built 2 homes from scratch and made extensive add ons to one of them. When he tackled a project he delved whole heartedly. He had a deep faith in God and was a member of the Baptist Church in Cloquet, MN as well as attending a variety of churches in Wahpeton ND & Fergus Falls MN. Surviving members of Bob’s family are: Daughter JoAnn (Chuck) Haussler, daughter Jenny (Mark) Carline, children Lucy & Sydney and son Jeff. Son David Olson, sons Josh, child Parker, Mike (Becky) children Aubrey & Cody. Sandy’s sons Shawn (Melissa), Jason (Julie) and Chad (Jessie). Brothers Donald and James (Elaine). Preceded in death: wife Joyce (Sundberg), son Ritchie and daughter Sandy. Parents Henry and Pearl Olson. Brothers Franklin and Kenneth Olson. Service with full military honors will be held at noon May 3, 2019 in Little Falls MN at the MN Veterans Cemetery, 15550 MN-115, Little Falls MN 56345. In Lieu of flowers: please donate to the North Dakota Veterans Home in Lisbon, ND.