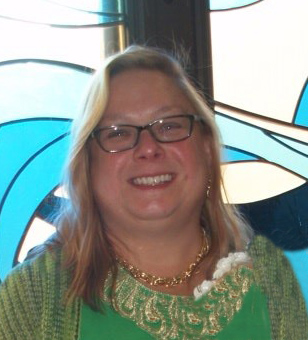 Rochelle's Live Streamed Funeral Mass can be viewed below starting at 10:45 AM today (we are reliant on the churches wi-fi connection for signal. If something happens to that signal, the funeral is being recorded and will be uploaded shortly after the service: Rochelle's Live Streamed Prayer Service can be viewed below: Rochelle Ann Betsch, age 49, of Lake Wylie, SC, passed away on January 13, 2022 at Atrium Health Pineville in Charlotte, NC. She was surrounded by her family at the time of her passing. Rochelle was born on July 4, 1972 in Fargo, ND to Charles Lenz and Mary(Davis) Lenz. She attended Kindred Public School through High School. Rochelle married David Betsch on June 29, 1996 at St. Benedict’s Catholic Church in Horace, ND. Rochelle lived in Walcott, ND through high school and upon graduating high school she attended the University of North Dakota. She earned a bachelor’s degree in Psychology from UND, then went on to earn a master’s degree in Counseling Psychology from the University of Missouri Columbia. Rochelle was employed by the State of Minnesota and the State of Virginia through many years until a medical condition caused her to be on disability. Rochelle is survived by her husband David Betsch, of Lake Wylie, SC; daughter, Abigail Mae Betsch; parents, Charles and Mary Lenz of Walcott, ND; father and mother-in-laws, David and Sandy Betsch; brothers-in-law, Jonathan (Emily) Betsch; Christopher (Erika) Betsch; nieces, Lila and Madalyn and many other nieces, nephews, cousins and countless other friends. Rochelle's Video Tribute can be viewed below: