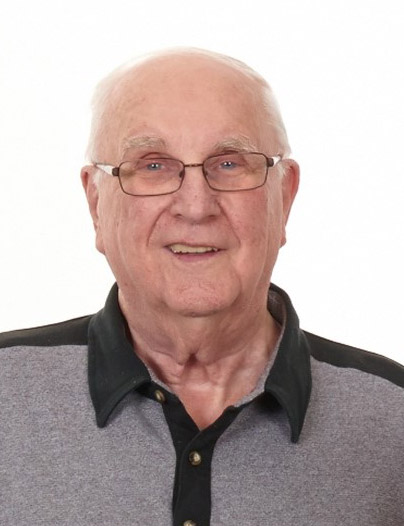 Roger passed away on Wednesday, January 4, 2023, at Elim Care Center in Fargo, surrounded by his loving family, at the age of 90.

Roger O. Lee was born on June 19, 1932, the son of Oswald and Signe (Nyhusmoen) Lee in New Rockford, ND. He grew up in this area and received his education, graduating from New Rockford High School in 1950. Roger proudly served his country in the United States Army where he was stationed in Germany. Following his discharge, he returned to North Dakota and continued his education at Indiana Tech and graduated with his bachelor’s degree in Civil Engineering. Roger started his career at the Highway Department in Devils Lake where he met Verna.

Roger was united in marriage to Verna Ferestad on July 4, 1963, in Devils Lake, ND. They made their home in Devils Lake, Grand Forks, and Valley City where he began his Engineering Business and raised their family. In 2006 Roger was inducted into North Dakota’s Highway Hall of Honor.

Roger and Verna retired and moved to Fargo where they have lived for the past 16 years.

Roger loved spending time with his children and grandchildren. Throughout the years, he enjoyed woodcarving, and collecting classic cars and was also an avid reader. Roger was proud of his Norwegian heritage and thoroughly enjoyed a delicious meal of Lutefisk, lefse, coffee, and donuts.

A Celebration of Life Service will be held this June at Elim Care Center Chapel in Fargo. Burial will follow at the Fargo National Cemetery with full military honors.
In lieu of flowers, memorials are preferred to Roger Maris Cancer Center in Fargo, ND.