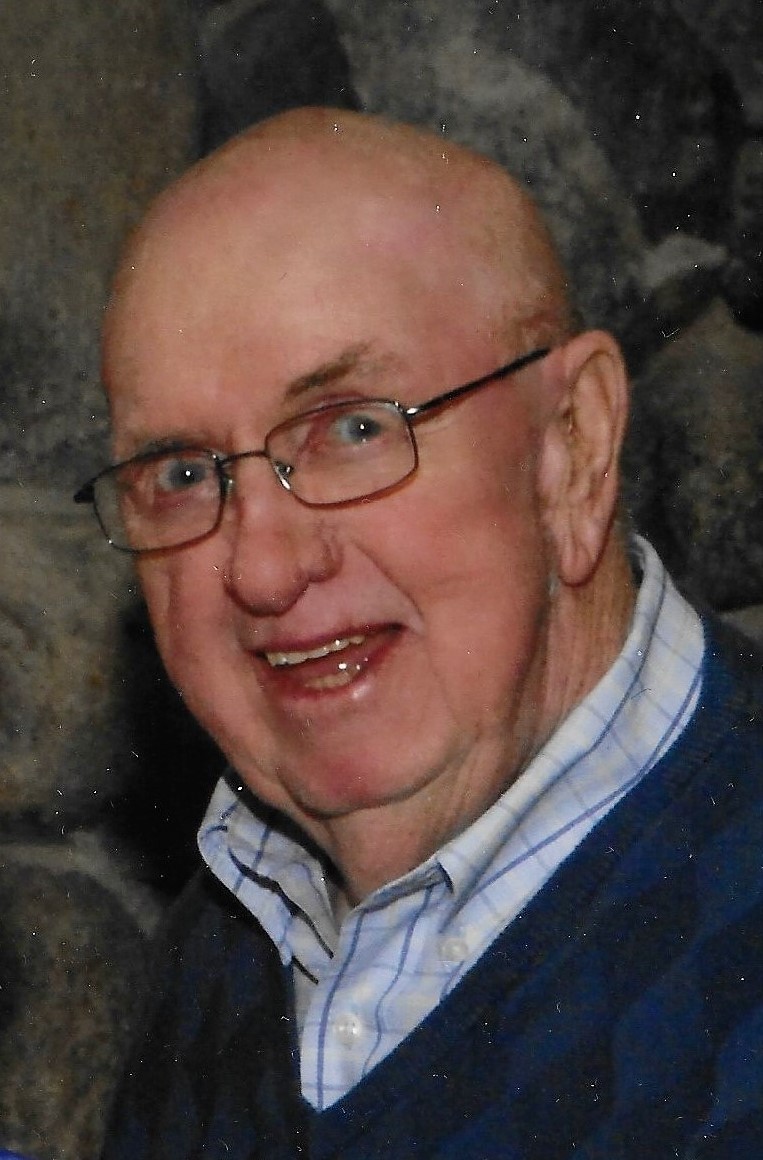 Roger's Live Streamed Funeral Mass can be viewed using the below link prior to the service: https://www.youtube.com/channel/UC4YrPwQFYBVlsLp55v2vHsw/live Roger Loberg joyfully joined his heavenly family and friends on Wednesday, November 25, 2020. Dad’s wish was fulfilled, “dying in his home surrounded by family”, following several years of battling congestive heart failure and Parkinson’s Disease. Roger Leon Loberg was born on May 6, 1937, to Orville and Helen (Otterson) Loberg at their home in McLeod, ND. Dad enjoyed his childhood in the Golden Ridge neighborhood of Fargo, ND. He graduated from Fargo Central HS in 1955, initially joining the Navy reserves and then joining the U.S. Army (active duty). After discharge in 1959, he worked construction on the North Dakota missile bases until 1965. Roger danced his way into marriage with Sandra Willits on February 27, 1965, at St Mary’s Cathedral. Together they were the parents of 5 children, starting their family in Moline, Illinois, until 1973 when truck driving hauled them back to the Fargo community. Dad drove truck for Consolidated Freightways for 31 years. He was a proud Teamster who served on their board. He was a member of the American Legion as well as the Knights of Columbus. Following retirement, he remained active in the community, particularly with his volunteer interests. Dad was a keen dancer who loved to “cut the rug” with Mom. His family and friends enjoyed watching the pair waltz and polka across the room, although their jitterbug skills were the best. Dad was never at a loss for words and everyone was his friend. We should all be so blessed. Roger was preceded in death by his parents, Orville and Helen Loberg, brother Robert (Bob) and wife Pauline, brother Harold, and an infant daughter, Sharon. He is survived by his wife, Sandra and their 4 children: Deanna (Brent) Wierima of West Fargo, ND; Renee (Larry) Lacher of Prescott, AZ; Gary (Kristi) Loberg of Fargo, ND and Nancy (Michael) Cline of Graniteville, SC.; his beloved sister, Eileen (Dave) Estee of Onalaska, WI; his grandchildren: Sharilynn, Sheyenne, Dylan (aka Savanna), Payton, Jake, Luke, Kataya and Anton; great-grandchildren; Taliah, Holden, Kaiden and Landry; and numerous nieces and nephews. Due to the pandemic a private Funeral Mass of Christian Celebration will be held on Tuesday, December 1st at 11 a.m. at Holy Spirit Catholic Church. There will be a live viewing and guestbook at www. boulgerfuneralhome.com. In lieu of flowers, memorials are preferred to Hospice of the Red River Valley or St. Mary’s Cathedral Food Pantry.