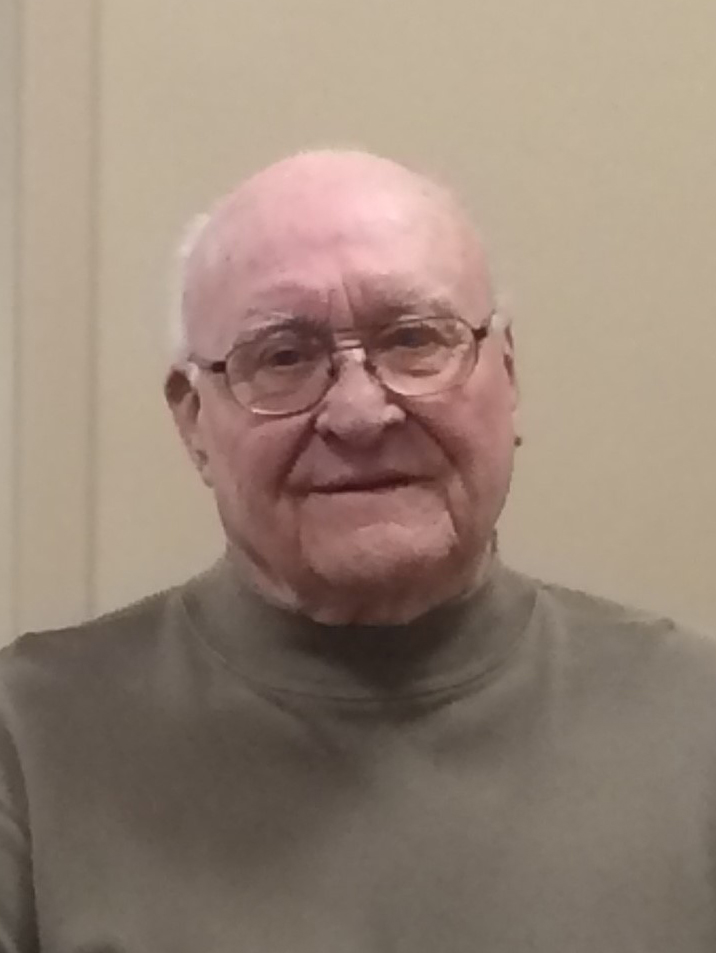 The service will be livestreamed below starting 15 minutes prior to the service. https://vimeo.com/event/723372 We mourn the passing of Ronald “Ron” Engelking who died on February 15th at the age of 89 at Sheyenne Crossings Long Term Care Center in West Fargo, ND. He was assisted by Hospice of the Red River Valley with his daughter Lori, son Rod, and daughter-in-law Jeanne by his side. Ron leaves behind his four children, eight grandchildren and eight great-grandchildren. While we mourn his loss, we also celebrate Ron’s life and hold in our hearts the many warm memories we have of him. Ron was born in Buffalo, ND, on October 11, 1931 to Reuben and Martha (Stanhope) Engelking, the second of three sons. He was raised in Fargo where he graduated from Fargo Central High School (1949), and was a life-long member of Immanuel Lutheran Church where he sang in the choir as a young man. Ron was a handsome guy who met his wife-to-be at a church picnic where he almost threw her in the lake. Jerada Biersdorff, “Jerri,” claimed that it was not a good first impression, but he eventually won her heart and they married in 1952, shortly before he was drafted into the army. They had four children and were married for almost fifty years when he lost Jerri to cancer in 2001. Ron never got over that loss and missed Jerri every single day. Their first child was born on the army base at Fort Sill, Oklahoma. During his military service, Ron was singled out for a top secret mission due to his ability to drive a truck. He was charged with transporting and firing the first atomic cannon, known as “Atomic Annie,” in the Nevada desert, a weapon that was ultimately never used. After the service, Ron and Jerri returned to Fargo where he drove truck for the Nash Finch Company and was a salesman for Libby Glassware. He was eventually hired by the Thomas J. Lipton Company, working as a salesman for them until his retirement in 1990. Ron spent many long hours on the road as a salesman for Lipton and was active in the Fargo-Moorhead Grocery Manufacturers Association as well as the Elks and American Legion. During all his years on the road, often driving in miserable weather conditions, Ron was proud to say that he never had a single accident. Ron was an active and social guy with a repertoire of sayings that would always make you laugh no matter how many times you heard them. People often referred to him as a “great guy” and meant it. He was a gifted athlete especially known in fast-pitch softball as a dynamic pitcher and hitter. In fact, he was playing ball when the 1957 tornado struck Fargo and, according to Jerri, refused to stop the game despite the wailing of tornado sirens until the last minute. He enjoyed golf and bowling, did his share of hunting and snowmobile riding, but fishing was his sport of choice. He had albums and albums of photos from the many fishing trips he took with his buddies over the years to show for it. Ron especially loved the water; he claimed that he learned to swim by jumping in the Red River as a kid. In 1968, he purchased a lake cabin on Tamarac Lake in Minnesota where his kids all learned to ski and spent many hours working on lake-cottage improvement projects supervised by Ron. He called their place “Ron & Jerri’s Passion Pit of Paradise, “and it was. They were terrific and generous hosts, and weekends at the lake were filled with family and friends busy with swimming, fishing, skiing, feeding the chipmunks, savoring cook outs and fish fries, and playing hours of cards and board games—a legacy that is being continued by his grandkids and great-grandkids. When it came to cards, Ron was especially competitive and liked to win. He was a cuddly grandpa who could always sing crabby babies to sleep; Ron had a wonderful singing voice and was an amazing whistler. Good humored and friendly till the end, Ron will be missed by all who knew him. Ron is survived by his brother Wayne (Barb) Engelking of Fort Towson, OK, his children Rod (Jeanne) Engelking of West Fargo, Tama Engelking of Shaker Heights, OH, Marlin (Aurora) Engelking of Erie, CO, and Lori (Mark) Van Beek of Moorhead, MN; his grandchildren Kristin (Micah) Frost of Horace, ND, Ronald (Erika) Engelking and Timothy Engelking, of West Fargo, ND, Jenny Theusch of Otsego, MN , Jarred (Priscillia) Engelking of Irving, TX, Nickolas (Maddie) Van Beek of Fargo, Maxfield Bennett of Fukuoka, Japan, and Annalise Bennett of Columbus, OH; eight great-grandchildren (Gavin, Harper, Josie, Lucy, Connor, Ellie, Lily and Molly) and many nieces and nephews. Ron was preceded in death by his wife Jerri, his parents, his brother Roy, and his granddaughter Amanda Engelking. A Prayer Service will be held at 5 pm on Sunday, February 21st at Boulger Funeral Home, with visitation beginning at 4 pm. A funeral will be held at Immanuel Lutheran Church on Monday, February 22nd, at 11 am, followed by burial at Sunset Memorial Cemetery. For those unable to attend, both services will be live-streamed on the funeral home’s website. In lieu of flowers, memorials preferred to Hospice of the Red River Valley and/or Homeward Animal Shelter. Arrangements by Boulger Funeral Home and Celebration of Life Center.