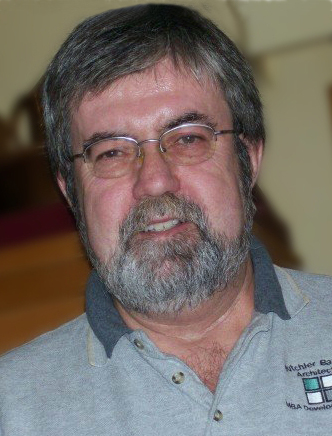 Ron C. Strand of Fargo, ND, died in his home on Saturday, November 3, 2018 at the age of 68. Ron was born on January 4, 1950 in Devils Lake, ND to Anne (Lawlor) and Gerald Strand. He matriculated St. Joseph’s Elementary and St. Mary’s High School in Devils lake, graduating in 1968. He later graduated from UND in 1973 with degrees in political science and history. In 1977 he married Laila Maatta in Brocket, ND. Laila and Ron began their family in Devils Lake. In 1980, Brendan was born followed by Jordan in 1983, and Meghan in 1986. Ron was Devils Lake’s first Building Inspector until 1987, when Ron began as Building Inspections Administrator in Fargo. He remained in that position for nearly thirty years before his retirement in 2016. During his time in Building Inspections, he was very involved in building code development. He was passionate about building codes and belonged to and presided over several building code organizations. Over the years, Ron enjoyed many pastimes. When his sons were still living at home, they would play basketball on the driveway. After his sons moved out, they would go camping each summer. He also enjoyed going to the movies with his daughter and that one time that they went fly fishing and she caught the only tree on the lake. Ron loved playing darts, golfing, and having a beer with his friends and coworkers on Tuesday nights. Ron appreciated the warm summers, his beloved deck, and often sported a deep tan from spending time outside. He enjoyed telling stories and jokes. His expertise was in traditional “dad jokes.” He would love to be remembered as hilarious. He is survived by his wife, Laila, and three children, Brendan Strand, Jordan Strand, and Meghan Strand (Matthew Williams). He is also survived by his grandpuppies and grandkitties. He is preceded in death by his parents and many aunts and uncles. His visitation and memorial service will be held at Boulger Funeral Home and Celebration of Life Center, 123 10th St S, Fargo, ND 58103, at 9 a.m. followed by a memorial service at 10 a.m. on Thursday, November 8, 2018.