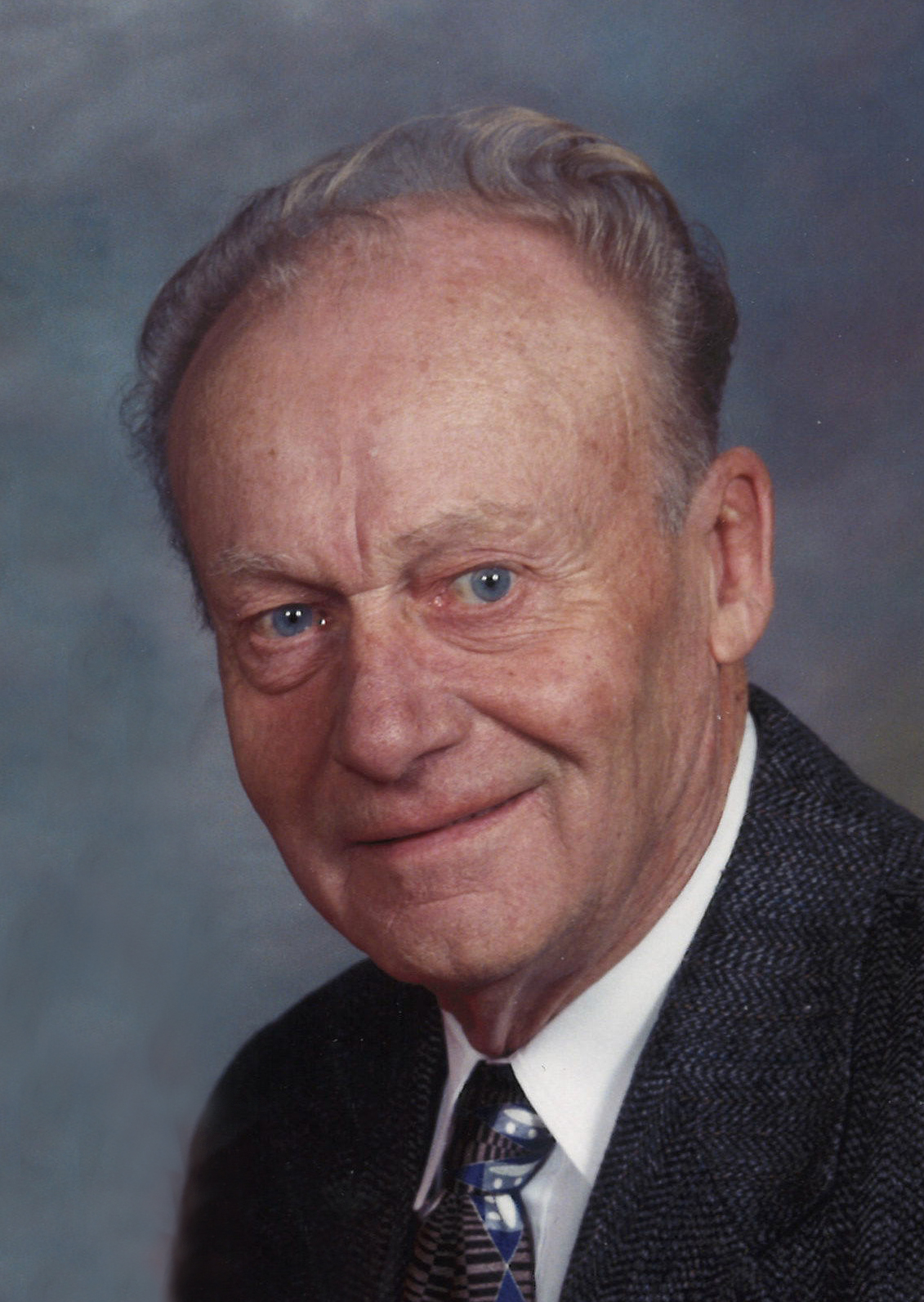 Roy Harold Wegge, 96, passed away peacefully at Bethany Retirement Living on Thursday, April 11, 2019. Roy was born on August 15, 1922 to Tormod and Maria Wegge on their farm in rural Buxton, ND. He was the youngest of ten children. He was baptized and confirmed in the Salem Lutheran Church. He attended Bingham Consolidated School before enlisting in the U.S. Navy in 1940. He was assigned to the USS Yorktown Aircraft Carrier in the Pacific up until it was sunk in the Battle of Midway. In August of 1944, Roy married Florence Bjorge in Oakland, CA. Roy was honorably discharged as an Aviation Machinist’s Mate First Class in 1946. After his discharge, Roy and Florence returned to North Dakota. He started his career as an elevator manager in Climax, MN, followed by six years in Walcott, ND and ten years in Woods, ND. He later changed his occupation and became a Rural Mail Carrier for 23 years in Leonard and Moorhead. He retired in 1987. Before joining New Hope Lutheran, Roy was a longtime member of West Prairie Lutheran Church in rural Kindred where he served on the church board. Roy was a member of the Leonard American Legion where he served on the Honor Guard for over 20 years. He also served on the Leonard School Board. Roy enjoyed playing baseball on local city teams. Roy enjoyed playing cards, especially a good whist or pinochle game. He was an avid reader and skilled at word puzzles, particularly crosswords. He loved having his family around and grilling a good steak for all of us in the summer. He will be dearly missed by his family and friends. Roy is survived by his wife Florence, and children Deborah (Rick) Roesler, Leonard, ND, Karen Wegge, Brooklyn Park, MN, Deane (Eileen) Wegge, Oakdale, MN and Mark (Sandra) Wegge, Eagan, MN. 6 grandchildren: Darin Roesler & Kristin Sheldon, Matt & Ross Wegge, Kaitlin & Dana Wegge; 5 great-grandchildren: Devin & Hannah Roesler, Elise & Olivia Wegge and Tanner Wegge; sister Theresa Silver. Roy was preceded in death by his parents, brothers John, Sigurd, Ovey, Thorwald, Leonard, Edwin, Olaf; and sister Ruth Ranten. Visitation will be from noon to 2 p.m., with a prayer service at 2 p.m., Sunday, April 14, 2019 at Boulger Funeral Home and Celebration of Life Center, Fargo. The memorial service will be at 11 a.m., Monday, April 15, 2019 at New Hope Lutheran Church, Leonard with a visitation one hour prior. Thank you to Hospice of the Red River Valley, Sanford Hospital and Bethany Retirement Living for their loving care. The family would also like to thank everyone for their prayers.