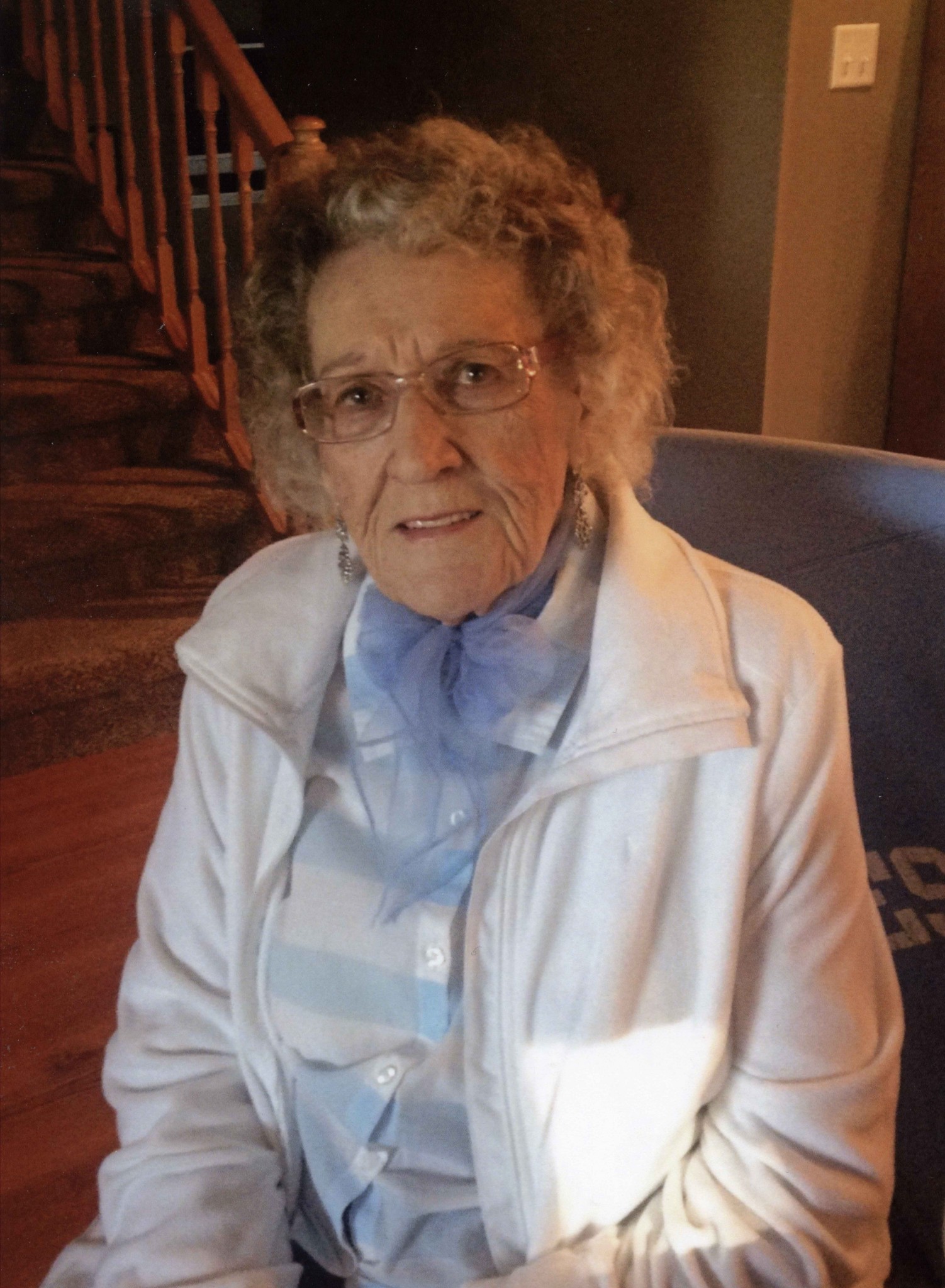 Ruby Soland Eggermont went home to be with The Lord on March 24, 2016 in Detroit Lakes, MN. Ruby was surrounded by her loved ones. She was born in 1924 in Isanti, MN to Rueben and Mildred Swanson. She went to school in Isanti and moved to Barnesville, MN and finished out her schooling. In 1939, she married Myrten Soland and lived on a farm near Vergus, MN. Ruby and Myrten had eight children. Ruby later moved to the Pelican Rapids area until 1971. She then moved to Fargo, ND where she worked as a CNA for 22 years until she retired. In 2011, she moved to Detroit Lakes to live with her daughter Bonnie and son-in-law until she went to be with The Lord. Ruby is survived by her children: Donald (Pat) Soland, Casa Grande, AZ; Karen (James) Jergenson, Fargo; Gail (Dale) Newbert, Pelican Rapids, MN; Loretta (Jack) Hartman, Detroit Lakes; Douglas (Ginny) Soland, Fargo; David (Deb) Soland, Moorhead, MN; Daniel (Kathy) Soland, Fort Worth, TX; Bonnie (Ron) Littlefield, Detroit Lakes. Ruby had 19 grandchildren; 39 great-grandchildren; and 8 great, great-grandchildren. She was preceded in death by her parents, her daughter Karen, 3 sons-in-law: James, Dale, and Jack; grandson, Jeremy, and great-grandson, Shane.