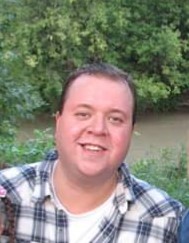 Ryan Keith Day was born to his parents Keith and Paulette Day on July 14th, 1981 in Elgin IL. Ryan grew up in a large family with many adopted and foster children. He was always helping in some way. He graduated from Streamwood High School in 1999, and moved to Fargo in 2000. In 2007 Ryan married Jennifer Soule of Sauk Centre. They have two beautiful children, Jake, 11 and Julia, 6. Ryan considered his children his greatest accomplishment in life. He was so proud of his "perfect tiny dancer and rough but smart hockey player." He loved supporting them and attending their activities. In 2012 Ryan graduated from North Dakota State University. He was very involved at NDSU and a hard core Bison Football fan. He worked at Sanford Health as a Registered Nurse and was passionate about improving patient outcomes through his roles in the ICU and Quality Improvement. Ryan was active in his work community, serving on several committees and earning various awards. Ryan was a Shriner and loved supporting children of the Shrine Hospitals in various ways. He loved his Shrine and EMP families. He also volunteered with Cully's kids, Hope Camp and MDA Camp. Ryan always made people smile with his contagious laugh and silly sense of humor. He was a natural comedian and did anything to get a laugh. If you had the pleasure of meeting him, then you likely have many stories to share about something goofy he did. Ryan is preceded in death by his brother Michael Day. Grandparents Florence and Edward Finney, Sydney Roy and Laurena Day, Clarence Steffens, Joe and Daisy Soule. And brother-in-law Durwin Hochstetler. He is survived by his wife Jennifer (Soule) Day, and their children Jake and Julia. Parents Keith and Paulette Day. Siblings Nicole Hochstetler, Tami Day, Brett (Jessie) Day, Jason Day, Danielle Day, Walter Day, Marcelleus Day, and Alencia Day.