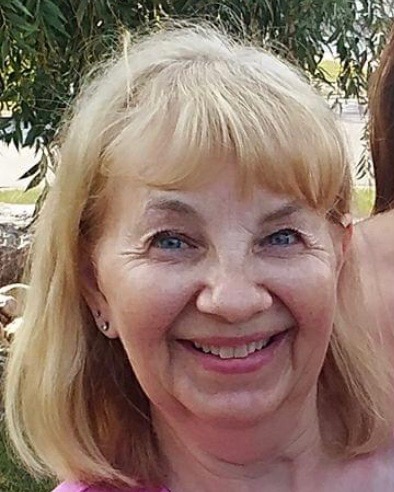 Sherry Yvonne Harmon passed away peacefully at the age of 69 in Fargo, ND after a devastating battle with frontotemporal dementia, in an assisted living facility. Sherry was surrounded by family and assisted by Hospice. Sherry Yvonne Harmon (Heideman) was born April 6, 1952, in Fosston MN to her parents John and Ann Heideman. Sherry attended grade school and high school at McIntosh High School. Sherry married Robert Dean Harmon Jr May 19, 1972. Robert and Sherry Divorced in 1984. Sherry met Joe R Swartz on her birthday in 1991. Sherry and Joe would make their home in West Fargo, ND where Sherry remained until May 2021. Sherry obtained her High School Diploma in 1971 obtained her cosmetology degree in 1978 through Area Vocational Technical Institute Thief River Falls MN and obtained her Certified Pool Operator license. Sherry began her career with the Moorhead Public School District in 1979 until her retirement in 2014. Sherry created many dear friendships/relationships over the years. Shortly after Sherry’s retirement, Sherry was diagnosed with Frontotemporal Dementia 2015 Sherry was baptized and confirmed through Immanuel Church McIntosh MN, Sherry attended services regularly with her family. Sherry’s favorite past time was spending her time with her children and grandchildren, going on motorcycle rides, singing karaoke, and dancing. And most of all Sherry loved spending time with her sister or talking to her sister on the phone for hours. Sherry is survived by her significant other, Joe R Swartz; three Daughters, Lisa Livingston (Brett), Wendy Cowan (Todd), Nikki Kern (Wes); 10 Grandchildren; 4 Great Grandchildren; sister, June Nesvold; nephews, Jeff, Jeremy, Jamie, and Travis Nesvold; and several cousins and several friends. Sherry was preceded in death by her parents ,John and Ann Heideman; and her brother, Gary Sherry’s service will be held February 24, 2022, at 2:00 pm at Boulger Funeral Home, will be officiated by Pastor Keith Zeh. visitation will be held same day as service. Burial will take place in the Spring in McIntosh next to her parents and her brother. Sherry’s advice: By respecting others you also show that you respect yourself.