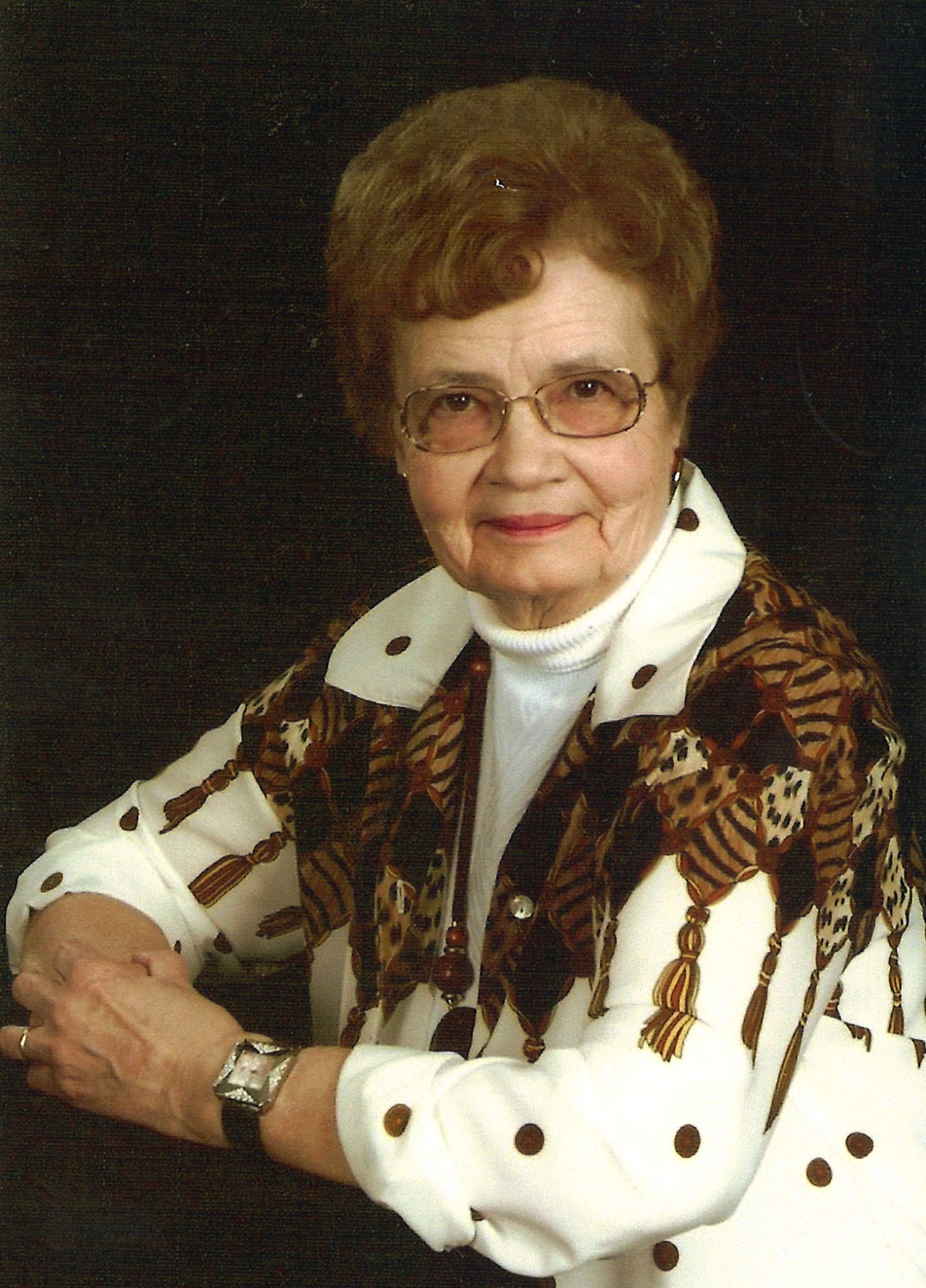 Shirley's Live Streamed Memorial Service can be viewed below: Shirley Ann Stoffel, age 91, of Enderlin, North Dakota, passed away peacefully on October 26, 2021 in Enderlin at SMP Maryhill. Shirley was born September 21, 1930 in Valley City, North Dakota to Levi and Rose (Kappel) Lindquist, being the second of four children. After attending a one-room school through the sixth grade, the family moved to Oriska, North Dakota, where Shirley graduated in 1949. S Shirley went on to further her education at Valley City, North Dakota, acquiring a Teachers Certificate. On December 27, 1952 Shirley married Peter P. Stoffel. They lived and farmed near Sheldon, North Dakota, where they raised their four sons. Shirley always had a big garden - canning and freezing much of it. In 1974 they moved to Enderlin, North Dakota. Shirley worked for many years at Hillcrest Manor, now being SMP Maryhill, retiring as a Dietary Supervisor. Shirley always enjoyed her work there, even going back to do some volunteer work after retiring. Shirley is preceded in death by her husband Peter of 45 years; her son, Peter; her infant granddaughter, Angela Stoffel; her parents - Levi and Rose Lindquist; her brothers - Donald and Gordon Lindquist; her sister, Beverly (Meyers) Lindquist; her brothers-in-law - Fritz Meyers and Robert Kerian; and her sister-in-law, Janice Lindquist. Survivors include her sons - Byron (Julie) Stoffel of Kindred, North Dakota; Calvin (Lisa) Stoffel of Enderlin, North Dakota; and Scott (Kathy) Stoffel of Sheridan, Wyoming; her grandchildren - Tawnya (Ryan) Stoffel-Dreyer of Chaska, Minnesota; Ryan (Erin) Stoffel of Fargo, North Dakota; Trevor (Brianne) Stoffel of Fargo, North Dakota; Dane Watne of Enderlin, North Dakota; Amanda (Adrian) Stoffel-Web of Snoqualmie, Washington; and Jenna (Dave) Stoffel-Schwartz of Henderson, Nevada; her sister-in-law, Elaine (Kerian) Stoffel; and many loved great-grandchildren, nieces and nephews. Arrangements are pending and a Memorial Service will be held in the near future at the St. Patrick’s Catholic Church in Enderlin. Burial will be held in Sheldon, North Dakota. Arrangements have been entrusted to the care of Boulger Funeral Home and Celebration of Life Center in Fargo. To sign the online guest book, please visit our website at www.boulgerfuneralhome.com