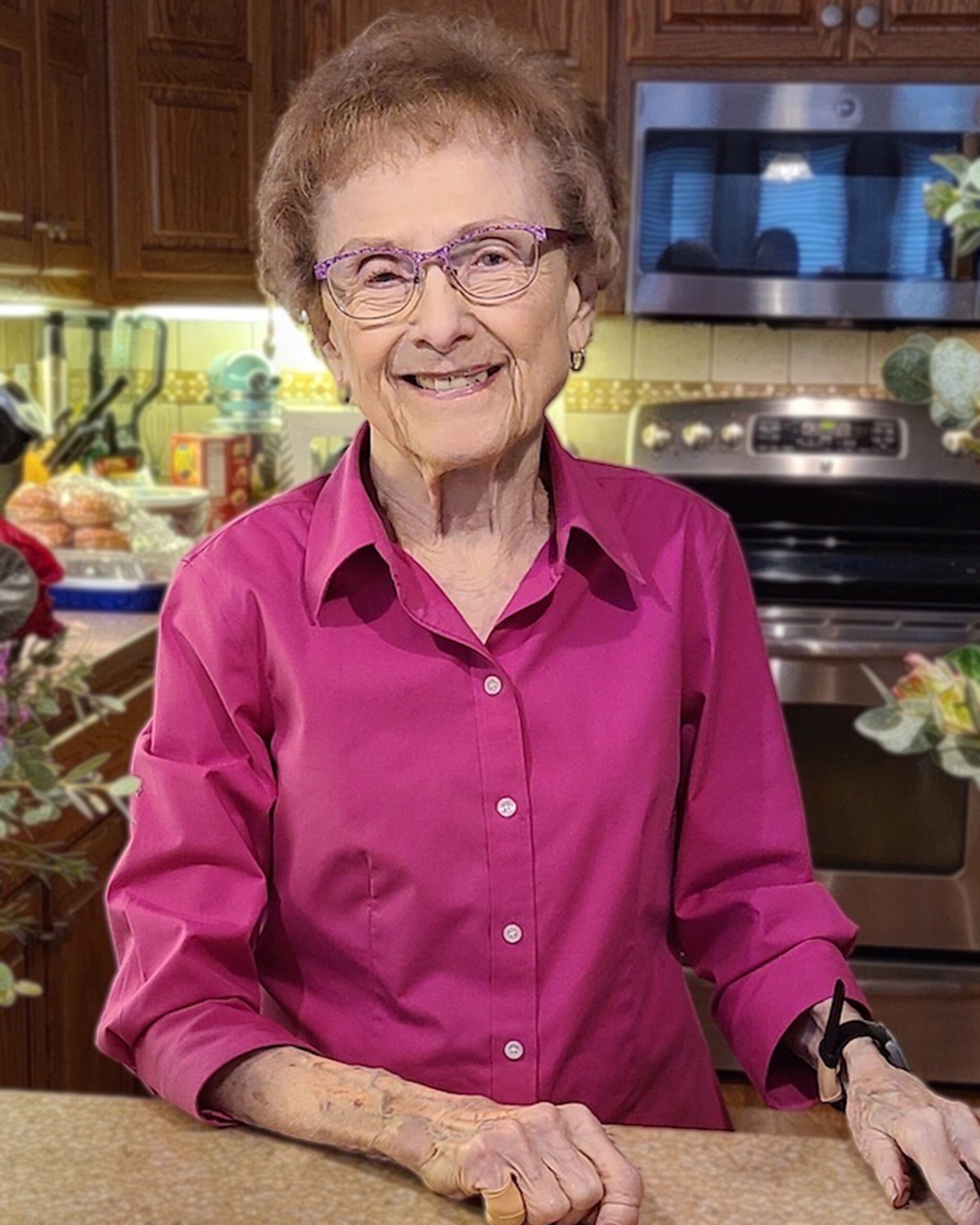 Shirley’s memorial service will be viewable on this page starting at 3:00 PM, Sunday January 22, 2023:

Shirley Mae Bertsch, West Fargo, ND died January 17, 2023 at home, unexpectedly after briefly feeling under the weather. She was still doing things according to her strict schedule, as was her habit.

Shirley Mae Renner was born to Mike and Eleanor Renner on September 26, 1940, in Ada, Minnesota and raised on the family farm near Felton, where she attended elementary and middle school. Shirley attended and graduated high school from Mount St. Benedict, a Catholic boarding school in Crookston, Minnesota, where she didn’t meet her future husband, but she dated some of his neighbors from Hillsboro and school mates from the Northwest School of Agriculture, across town.

After graduation, Shirley worked at 1st National Bank in Moorhead, and Bell Telephone in Fargo. She married Alvin Bertsch August 24, 1961. They originally lived in Hillsboro, ND before moving to the farm in nearby Herberg Township after a winter at Fort Leonard Wood, Missouri in 1962-63 with first born Daniel. Shirley often said that winter at Fort Leonard Wood was one of the best of her marriage. Son Steven was born the next fall to prove the point. A brief venture into food service with Alvin, her sister Joyce and brother-in-law Gordy Nelson saw the creation of the Red Pepper in Grand Forks, North Dakota which had previously been a pizza place. To this day Shirley still used those pizza pans to bake her famous homemade buns and rolls on. In 1965 Alvin’s guard unit deployed to New York for summer camp. Shirley took the opportunity to come with to visit a former roommate and see New York. Leann was her memento, born the during the following March 1966 blizzard.

Shirley didn’t have a driver’s license until she was 26, with three kids. It didn’t stop her from driving so it never mattered much to her when her 7-year-olds started driving. She grew up on a farm, and she married a farmer. But farming and trucking were work. Dogs and gardens were her passions. She also enjoyed music. So much so that she made sure all her kids learned multiple instruments and even made weekly trips to Fargo for their music lessons. Once her kids were older, she decided that maybe it was time she learned to play too and learned how to play the organ. She was constantly baking and was quick to put multiple varieties of bars and cookies out if anyone was invited in. She never had store bought cookies, bars, or bread on her table.

Shirley loved fiercely and had a wonderful sense of humor that those of us lucky enough to call her Wife, Mom, Sister, Grandma, or Great-Grandma are especially going to miss.