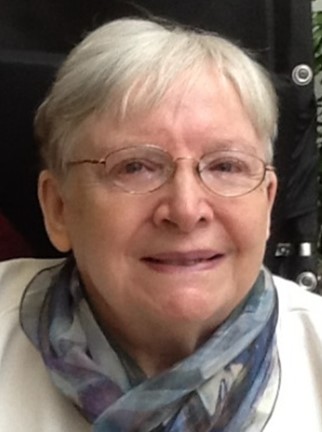 Sister Consilia Duggan, PBVM, age 81, a member of the Union of Sisters of the Presentation of the Blessed Virgin Mary, died peacefully Wednesday, September 25, 2019. Ellen Mary Duggan was born September 8, 1938 in Cork, Ireland to Catherine (Noonan) and Charles Duggan. She is survived by her sisters Mary (John) Linehan, Catherine (Tim) Kiely, Noreen (Aamann) O’Connor, Margaret (Dingo) O’Connell; brothers Paddy (Mary Ann) Duggan, Con (Sadie) Brosnan, Ray (Josephine) Brosnan, all of Ireland, sister-in-law Sheilagh (Mort) Duggan, Ireland. Many nieces, grandnieces, nephews, grandnephews, and members of her religious congregation also survive her. She was preceded in death by her parents, stepfather, Timothy Brosnan, brothers, Mort Duggan and Jim Duggan, and sister-in-law Mary Duggan. Ellen Mary crossed the Atlantic Ocean by plane in 1953 coming to Fargo, ND, where she became an aspirant at Sacred Heart Convent. In 1955 she was received as a novice and took the name sister Mary Consilia. She professed her first vows in 1957 and perpetual vows in 1960. Sister Consilia graduated from Shanley High School in 1956 and completed nurse’s training at Presentation College, Aberdeen, SD in 1962 Her ministry as a registered nurse took her to hospitals in Grafton, Langdon, Park River, and Carrington North Dakota. She was diagnosed with multiple sclerosis in 1967 and continued in full-time NURSING ministry until the disease began to take its toll. In 1983 she moved to Sacred Heart Convent, Fargo where she served as a receptionist. By 1996 S. Consilia was severely incapacitated and her ministry became one of prayer and presence. She had a quick sense of humor, an Irish twinkle in her eye and an infectious laugh. She had friends across the country as it seemed that anyone who met her, especially throughout the course of her illness, never forgot her smile and she never forgot them. In 2011 she became a resident of Villa Maria Nursing Home in Fargo where she received excellent care and was loved by the employees. She continued to be interested and involved in the life of her religious congregation. Her smile and ready “thank you” for the smallest of favors will be remembered. Visitation for Sister Consilia will be Monday, September 30 beginning at 6 pm with a wake service at 7 pm at Sacred Heart Convent. The funeral will be at the Convent on Tuesday at 10 am with internment at Holy Cross Cemetery North.