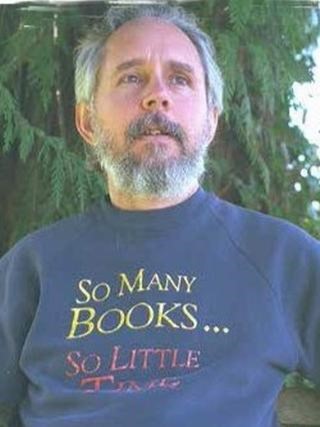 Sgt. Stephen Kenneth Nicklay (Nick) of Fargo, North Dakota, passed away on May 18, 2020 at the age of 69 due to complications from COVID-19. Nick was born in 1951 to parents Kenneth & Margaret Nicklay in Barnesville, MN. He was the eldest, raised with his sister in a home they shared with his grandparents, William & Mildred Hughes. Nick served in the US Army from 1971-1975 as an ENT Specialist and then again from 1980-1986 as a Russian Intelligence Voice Interceptor. While serving at the US Army Field Station: Berlin, Nick and his wife welcomed a daughter in 1982 and son in 1984. Nick ended his military career with an honorable discharge as a Sgt. E-5, due to a diagnosis of Multiple Sclerosis. Later Nick went on to receive bachelor degrees in American Studies and History from Moorhead State University. Nick was a gardener and nature lover. He enjoyed taking his family camping or for long drives on gravel roads. Nick loved music and playing his Martin guitars with friends. He was known to crank up his tunes and quiz anyone nearby on “who’s that band?”. He looked forward to his annual visits from his military brothers, which he would talk of often. Nick believed in supporting Oxfam, Doctor’s Without Borders, NORML, and several other human/eco rights organizations annually. Nick is survived by his daughter, Danielle Nicklay; his son, Mathieu Nicklay; his sister, Connie Nicklay; his brother Erik Ramstad (Rachel); his Mother/Stepfather, Margaret & Grant Ramstad; and his nieces, Crystal Nicklay, Sarah & Maria Ramstad. He is preceded in death by his father, Kenneth Nicklay; grandparents, William & Mildred Hughes, Reuben & Hilda Nicklay; fur kids, Brandy and Flynt. Nick’s choice was to be cremated and have his ashes spread by his kids in Barnesville, the Ramstad family farm, Maplewood State Park, Germany, and a few other memorable places. In light of Covid-19, the family is postponing a celebration of life for a time when everyone can safely attend.