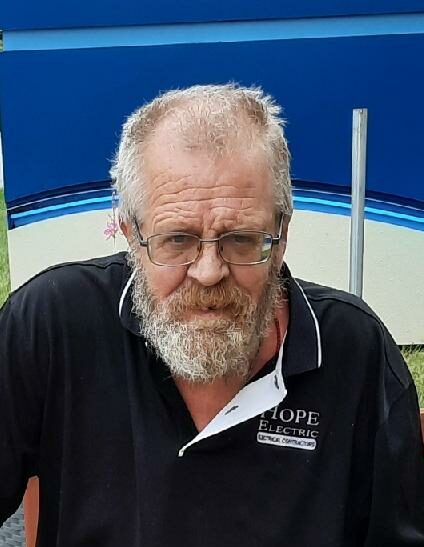 Stew was born on March 26, 1957 in the Mayville Hospital to Gerald W. (Bud) and Ruth E. Carson. Stew graduated from Clifford-Galesburg High School in 1975. Upon graduation he joined the U.S. Navy where he served until retiring after 20 years.

Stew was an Electronic Technician serving on destroyers in Hawaii & Philippines among many other assignments. He also taught Electronics at the Great Lakes Naval Station in Chicago, IL. When Stew retired he returned to Galesburg, ND where he worked from the Midwest Bean Co. and later for Jason Bring.

Stew was an avid reader who especially enjoyed science fiction. He also liked to fish with family and friends.

Stew was preceded in death by his parents, Bud and Ruth Carson and his brother Joe Carson.

Burial will take place at the Elm River Cemetery in Galesburg following the service.

Stewart’s Funeral Service and Military Honors can be viewed below: