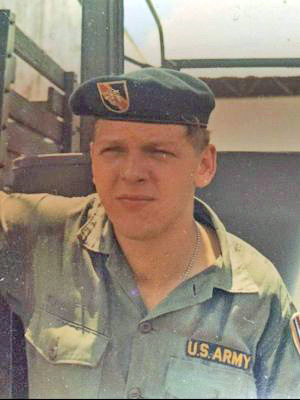 Tom was born in Mount Vernon, New York to Thomas Francis Coughlin and Jean (Young) Coughlin. He graduated from New Rochelle High School, as a Regent's Scholar, in 1965. He attended I.I.T. in Chicago, and later Jamestown College in Jamestown, North Dakota. Tom served at the United States Army Intelligence School in Fort Holabird, Maryland as a student and an instructor from 1966 to 1969. He served one year in Vietnam. While serving stateside, he met his future wife, who was also serving at U.S.A.I.N.T.S, and immediately knew she was the one. Tom married Ruth Ann Melland in New Rochelle, New York on July 24, 1970. Tom worked as a Field Engineer for Eastman Kodak from 1974 until retiring in 2003. He was instrumental in installing blood analyzers and training healthcare workers throughout North Dakota, Minnesota, and South Dakota. He also installed the interfacing computer equipment used with CT scans and MRIs in hospital and mobile units in the tri-state area. He was a man of faith, a man of many skills, talents, and knowledge and will be greatly missed. Tom was preceded in death by his parents, his brother Dennis (Carol), his aunt Marie (Livy) Eiland, and his father and mother-in-law, Bennie and Jane Melland. He is survived by his wife, Ruth; his daughter Julia and granddaughter Madalyn; his son Eric; and his little dog Wrigley. A Memorial Service will take place at a later date. Burial has taken place at the Fargo National Cemetery, Harwood, ND. Arrangements have been entrusted to the care of Boulger Funeral Home and Celebration of Life Center in Fargo. To sign the online guest book, please visit our website at www.boulgerfuneralhome.com