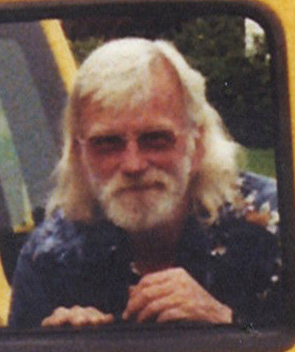 Timothy David Engh Sr.  passed away on November 10, 2016 at the VA Hospital in Fargo, North Dakota. Tim, son of Geneva and Clarence Engh, born on April 15. 1949 in Minneapolis, MN. Tim graduated from Westhope High School. He went on to earn his Associate Degree at NDSSS in Wahpeton, ND Tim was drafted into the Army and served during the Vietnam war in Korea on the DMZ. He was clerk for the General on site. He was also on guard duty at nights on the DMZ. After he returned to the states,  he was a member of the ND National Guard for many years. Tim was the third generation to serve in the US Army. Tim spent most of his life in the oilfield. He had his own oil service business for many years in Williston, ND. He also was active in the oil business in Alaska,  Arizona, Colorado, New Mexico, North Dakota, Utah and Wyoming. After returning to ND. He worked at Gremada Industries for many years. Tim is survived by his wife Ivy. They shared a happy marriage of 28 years. Tim's dearest friends Randy Mannin of Casper, Wyoming; Jim Meyer of Casselton, North Dakota; Dirk Monson of Galchutt, North Dakota and Mike Qualley of West Fargo, North Dakota also survive him. God Bless You All for being such great friends of both Tim & I. Tim was loved and cherished by so many people all over the US and abroad. He touched so many lives with his kindness, his laughter and his grace. We are so grateful to have him in our midst here on earth. Thanks for everything, Tim! We love you!   He is also survived by brothers: Jeff, Rick, Reggie and sisters: Peggy and Cassie. Children by previous marriages: Tim Jr, Clarence, Melissa, Jennifer & Tyler. He was preceded in death by one great grandchild. his parents and grandparents.   Memorial Service will be held on October 15th at 2 pm at the Fargo National Cemetery. The address is 8709 40th Avenue North, County Road 20, Harwood, ND.