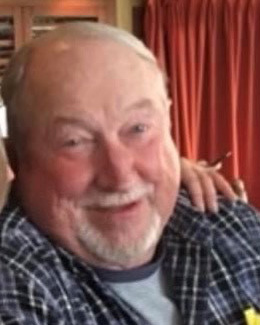 Tim was born to Robert (Bob) and Virginia (Ginny) Lulay on December 17 1947, Tim grew up on a farm in rural Courtenay ND and graduated High School in 1965 from Wimbledon High School in Wimbledon ND. He worked around the Wimbledon area before joining the Army in 1967 and served proudly in the Vietnam conflict, he was honorably discharged in 1969, he went to work for Gamble Robinson in Jamestown ND where he met the love of his life Janet Gibson while making deliveries, they married in 1970 and moved to Fargo ND where they had 2 children (Thomas and Brandon) and took a job opportunity with Red Owl Foods, later Supervalu and retired in 2010. After retirement they moved to a farm at Sheldon ND and he became the busiest retired man you ever met, especially working in his shop and mowing lawn at the farm. Tim loved being around all of his grandchildren, Papa was always there when a toy needed to be fixed and always had a cookie or candy bar stashed, he also loved hunting and fishing and working odd jobs around the community and would always be there to help someone out. He is survived by his wife Janet, 2 boys Thomas (Misty), Brandon (Amy), and 6 grandchildren Samuel, Melrose, Tristyn, Jack, Ilyia, and Taya, he is also survived by an older brother Robert (Bob) and Alma Lulay, a younger sister Mary Loven-Runge and Dale Runge. He is preceded in death by his father Robert (Bob), Mother Virginia (Ginny), Brother Gary, Samuel and Florence Gibson, and a Grandson Forrest and two of the best 4 legged friends anyone could ask for Bo and Gabe.