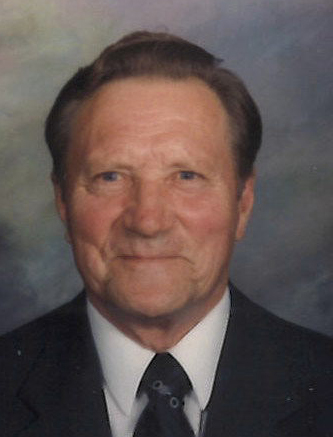 Victor “Vic” R. Moszer, 92, Fargo, passed away Friday, August 21, 2020 at Eventide on 8th, Moorhead. Vic was born to Anton and Margaret (Baumgartner) Moszer on October 5, 1927 in Strasburg, ND and lived there until the family moved to Drake, ND in 1940. Vic worked with his father in building many homes in Drake and the surrounding area. Vic met Gladys Carley at a dance in Drake. They were united in marriage July 12, 1950 in Harvey, ND. They resided in Drake for a short time moving to Harvey later. In 1955 they moved to Fargo where he started working for Olaf Anderson and Sons. In the mid 60’s they moved to Lodi, CA. They moved back to Fargo in the later 60’s where he continued his working career at Olaf Anderson and Sons. Vic was a member at St. Anthony’s of Padua Catholic Church and helped with the renovations of the church, rectory, and the priests’ house from 2003-2005. In his spare time, Vic enjoyed classic cars and owned a few through the years. He also collected coins and stamps, spending time reading, and woodworking in his garage. He was always willing to lend a helping hand building various garages and decks for family and friends. When Vic was older, he enjoyed putting together thousand-piece puzzles. He had a system down to where it made putting together the puzzle efficiently. His greatest joy was his grandchildren and great grandchildren. He lit up whenever they came through a room. Victor is survived by his 2 sons, Doug (Debby), Dave (Karen); and daughter, Vicky (Bob C.) Fettig; He is also survived by 6 grandchildren and 12 great grandchildren. Victor was preceded in death by his wife Gladys in 2011; his parents; sons, Dan and Rick Moszer; grandsons, Brad Fettig and Officer Jason Moszer; siblings, 3 sisters, Myra Wald, Cecelia Miller, Patricia Erickson; and 1 brother, Alvin Moszer. The family wants to thank Elim Rehab and Care Center, Eventide on 8th, and Hospice of the Red River Valley for taking excellent care of Vic. A private family graveside service will take place at Riverside Cemetery, Fargo.