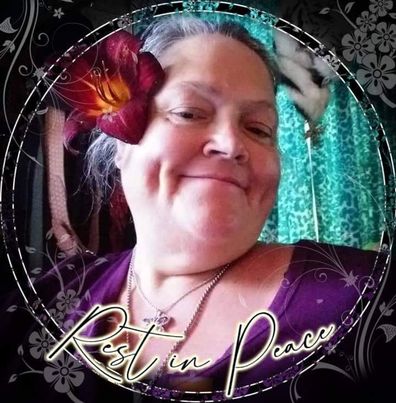 A livestream of the service will be viewable below starting about 15 minutes before the service. Victoria R. (Bruns) Maenza (Vicki Rae), age 60, of Mapleton, ND, passed away on Wednesday, October 20th, 2021 at Sanford Hospital. Vicki was born on April 18th, 1961 in Moorhead, MN to Raphael and Victoria (Schnoor) Bruns. Victoria went to Fargo South High School in Fargo, ND. Victoria married Philip Maenza Jr. on July 23rd, 1988 in Fargo, ND. The couple have seven children, 18 grandchildren, and 6 great-grandchildren. Victoria was a strong Christian woman whose smile would light up a room. She had an enormous heart. Her passion was caring for the little ones. Taking care of children was what she did best. She was also a woman on a mission. A mission to serve. Never expecting anything in return she would go out of her way to help anyone in need. Whenever she wasn't playing her super-mom role, her favorite past time was enjoying good food with family and friends. She will be forever loved and remembered. The examples she set forth should inspire everyone to be better to one another. That would be her message... Victoria is survived by her husband, Philip Maenza Jr., Mapleton, ND; children, Kathleen (Derik) Eiter, Casey (Laura) Bruns, Elizabeth (Cordell) Hipsak, Tasha (Matt) Seeley, Philip III (Kayla) Maenza, Antonio Maenza, and Ariel Maenza; 18 grandchildren; 6 great-grandchildren; her mother, Victoria Bruns; siblings, Debbrah Olson, Melody (Kirk) Matheson, John Bruns, Richard Bruns and Vanessa Wedell, Robert (Angie) Bruns, and Timothy Bruns. She was preceded in death by her father, Raphael Bruns, and her brother, Mike Bruns.